On April 20, 2016, my brother, AJ, checked in to Theda Clark Hospital in Neenah and made a Facebook post stating that this would be his home for the next few days. Little did he or we know that this would not be the case. His symptoms began with tingling in his hands and feet and balance issues, which he thought may be a complication with his Type 1 Diabetes. After having an initial MRI, his doctor wanted him to check in to the hospital for further testing.

For the next couple of months, AJ remained at Theda Clark and endured numerous spinal taps, CT scans, MRI’s, rounds of steroids, plasmapheresis, daily blood draws and therapy sessions. Our Mom stayed with him six days a week while I stayed with him the other day to give Mom a break.   Our Dad made the daily trip from Sheboygan to Neenah to be with AJ and help out with his therapy sessions. It took quite some time before AJ was finally  diagnosed with Autoimmune Encephalitis.

On July 11, 2016, the day after AJ’s 35th birthday, he was moved to a facility in Madison and remained there until July 31, 2016 when he was moved to UW Health, also in Madison.  Once at UW, AJ underwent chemotherapy treatments with Rituximab and then a brain biopsy. Both efforts resulted in no positive results.  On August 24, 2016, our family was asked to have a meeting with his team of doctors. In this meeting we asked the question, “Does AJ have brain damage and if so, to what extent?” In the following minutes, all breath and life was sucked out of us when the head Neurologist told us that AJ had severe brain damage and would never come back to us in any shape or form. In the next few days, our family had to make the decision to remove him from all life sustaining treatments. We had him moved to Sharon Richardson Hospice to be close to home so that family and friends could say their last goodbyes. AJ gained his wings and entered eternal life on September 2, 2016.

Prior to his illness, AJ was a volunteer firefighter/paramedic and was the owner of his convenience store, Route 32 in Krakow, WI. AJ lived life to the fullest and was always there to help anyone in need, friend or stranger. Our family still has many unanswered questions regarding his illness and we know the answers will never come. The only thing we do know is that we have our very own guardian angel looking down on us. 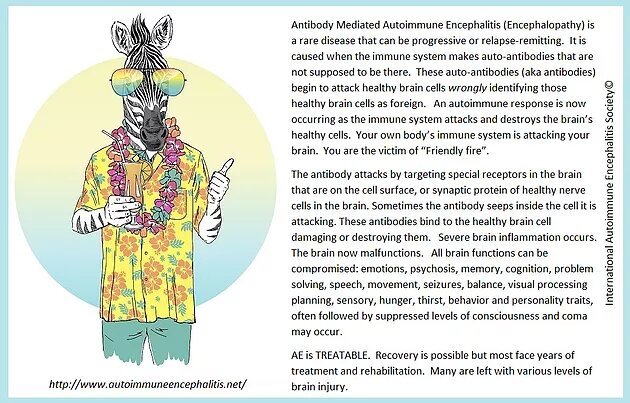 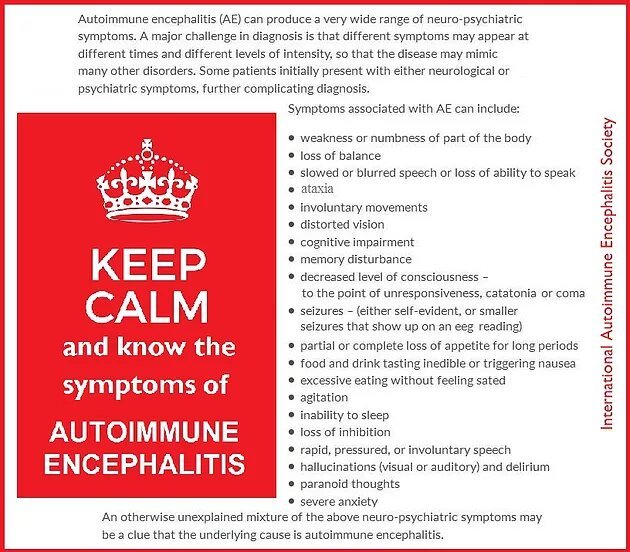 Early  Diagnosis  and aggressive treatment of Autoimmune Encephalitis lead to best outcomes.  It is of the utmost importance that a Neurologist specializing in the field of Autoimmune Neurology oversee these cases.  Since AE was first identified in 2007, it is not widely known and patients are easily misdiagnosed or experience a delay in diagnosis. Refer to our Doctor’s list for an experienced physician near you.

Recognizing Signs at onset of Autoimmune Encephalitis, Diagnosis and Treatment