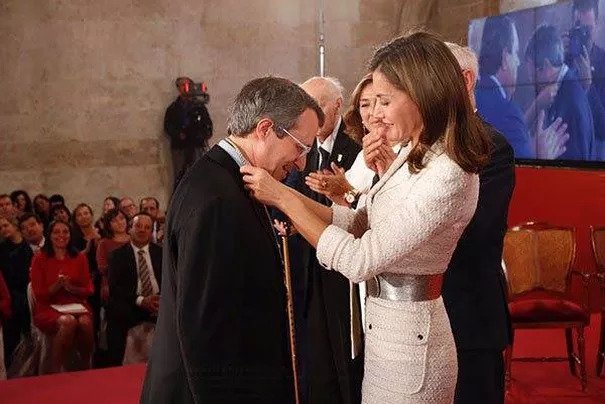 Dr Josep Dalmau, who identified the first antibody, ant-NMDAr, in autoimmune encephalitis in 2007 and many other antibodies since, has been recognized with the King Jaime I award in clinical Autoimmune Encephalitis medicine.
This year marks the XXIX edition of the Awards dedicated to the promotion of Science, Research and Entrepreneurship in Spain. The awards, of the best paid in the country, consist of a gold medal, a diploma and a financial prize of $ 100,000 with the commitment to reinvest a part in Spain. Santiago Grisolía, founding President of these Awards, was in charge of communicating to the winners this recognition, in whose election 18 Nobel Prizes have participated, as well as a broad representation of the Spanish business community, last June.

Throughout these almost thirty years, the Rey Jaime I Awards have established themselves as the most prestigious awards recognizing the research and business activity carried out in Spain.

In these years, 140 scientists have been awarded, number one in their fields, of which 122 are part of the ACC (High Consultative Council), entity created in 1998 to advise the Presidency of the Generalitat Valenciana in the field of research, development and technological innovation, as well as to prepare reports, reports and opinions commissioned by the President of the Generalitat.
https://www.ub.edu/web/ub/en/menu_eines/noticies/2017/10/056.html?