As a Mother of 5 children, I was used to juggling schedules filled with homework, school projects and activities, nursing one of my children when they fell sick with the usual childhood cold or flu and working evenings. None of those skills prepared me for that terrifying day last October 2017 when I found my 3-year-old son, Eren, non-responsive. He was rushed to the hospital. He was admitted into ICU.

Many people do not know what autoimmune encephalitis is. I was one of them.  The neurologist informed us, as our son was in ICU, that he suspected anti-NMDAr encephalitis. I became overwhelmed with fear. As the doctors noticed the fear on my face, they tried to calm me and explain further.  I was in such shock, I couldn’t absorb much of what they were telling me.  Eren’s results came back, he had tested positive for antibodies against the NR1 subunit of the NMDAR. The diagnosis of anti-NMDAr encephalitis was now confirmed.  During Eren’s hospital stay he was given 5 days of IVIG. After he was discharged from the hospital, he received 10 days of steroids. 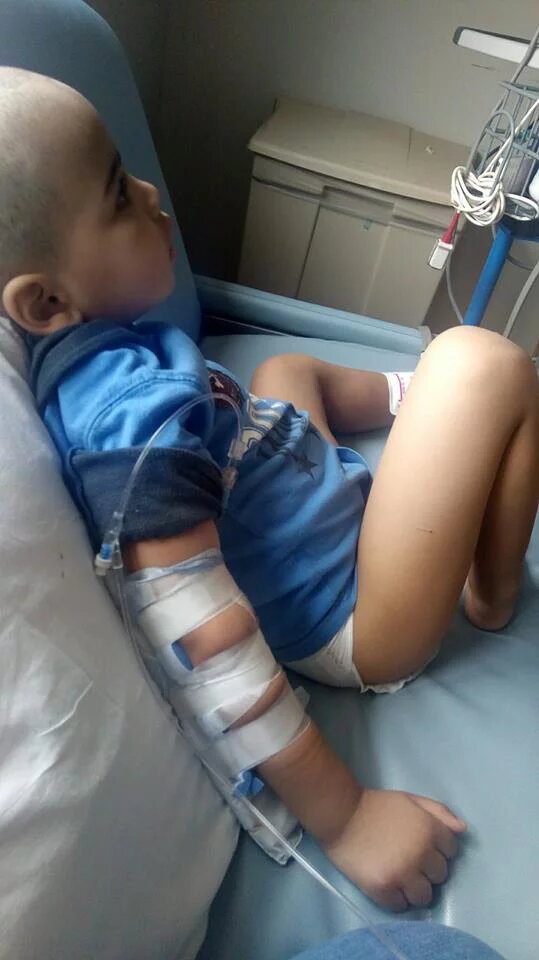 This disease turned our lives upside down. The worst part is not knowing what to expect. I watch his every move and question every fever and cold, wondering if this disease is coming back. Remembering images of Eren in ICU still plague me. The tantrums and the medications, what’s normal now? I continued to wonder.

It wasn’t until early January when I found International Autoimmune Encephalitis Society that I no longer felt alone.  I could rely on the volunteers within the organization and fellow members of their support group to help me understand what was happening and what to do.  After receiving steroids, Keppra and IVIG in November Eren was improved and the doctor did not feel that any further treatments were necessary. But I began to question this and remained super vigilant.  IAES provided information about how anti-NMDAr was treated and Eren had only had two of the treatments of first line therapy in the protocol.

By April I started noticing that Eren was becoming extremely emotional and at times would burst into tears unwarranted. He then began to experience insomnia. He would tell me he was tired but was having trouble going to sleep. He wanted to go to sleep but sleep would not come. I contacted IAES and reported these symptoms in their educational support group. Receiving confirmation that these were symptoms of anti-NMDAr and being asked what his treatment plan was caused me true worry. Eren didn’t have a treatment plan and from what I was learning from IAES, he should have one.

The neurologist didn’t schedule a follow-up after Eren’s treatment ended.  He gave us his card and said to call if we notice any big changes in Eren. We were told that clinically he was doing better. I contacted IAES for help because the doctor felt that waiting to see how Eren did and treating only when his symptoms became severe was the best course to take. Based on what I reported to IAES, they agreed that our feelings about getting a second opinion were strongly justified. They explained that Eren was experiencing symptoms and according to research by experts in the field should be receiving additional treatment. They recommended a doctor with expertise close to our home and directed me to their doctor’s list.  We were able to get an appointment relatively quickly much to my relief as I understand many experts have waiting list that are 6 months long.

As I write, I can share that we Just came back from an appointment with one of the doctors on the IAES Doctor’s list. I feel so much relief!  She is going to do an evaluation on our son next week, so she can see where he is and what the next steps should be. I feel like a black cloud has been removed from above me. I finally feel like there is hope for my boy. Thank you IAES!   we would be lost without you!