I Have My Wings Back 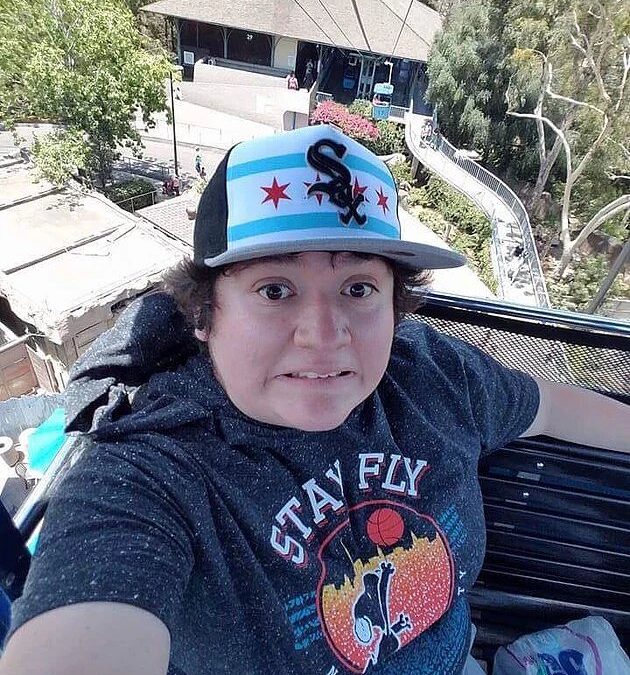 I was diagnosed with Transverse Myelitis back in 2013. I am doing a lot better with that and had been doing great up until early 2018.

I was working as a Supervisor in a company that restores and maintains carpet and other flooring, travelling all over Illinois, northern Indiana, and Michigan. I took pride in my work. I was the only woman in the company, and one of the few people in the company who was able to learn how to restore marble, terrazzo, etc. This job was great for me in many ways, because I got to see new places while I worked, and I was never stuck in a routine.

I am an adventurous individual who loved taking spontaneous weekend road trips. I loved to drive, I liked taking the scenic route, and if you were to ask my family, they’d tell you I bought a lot of unnecessary but useful things for my car right before a trip. I have always been a hands-on and a visual learner — I learned a lot of skills by watching someone else do it or trying it out on my own and asking questions later. I liked to fix and customize cars, I was in a couple of car clubs and I would go out to car meets to hang out with other car enthusiasts whenever I had the chance.

I had recently gotten married, I was planning on going back to school in the coming months, and I was making bigger plans with my life. Life was pretty good for me.

Sometime in January 2018 I started having eye pain and migraines on the right side of my head. I originally thought it might just be due to the fact that I was working a lot of overtime and not getting enough sleep. I would take over the counter migraine medication in the daytime and try to rest. I was also having some weird thoughts that month, like thinking that my boss was trying to fire me, and my co-workers were in on it as well. I would try to shake it off, telling myself we’re in a busy system and we’re all just stressed about getting our jobs done.

On February 5, 2018, I was a few minutes away from the shop, where we kept the vehicles and equipment. I was going to drop everything off and go home. As I was pulling in, I started seeing auras that lasted about 10 seconds. It had never happened to me before. I was surprised and scared about these flashing lights. I quickly put everything away, and picked up my wife, who was in school nearby, and we went home. I didn’t think about the flashing lights — just went to bed. The next morning, I saw them again, but this time they were lasting more than 30 seconds. I called off work, and then immediately called my doctor. She had me go in and see her. She told me I might be experiencing migraine auras and referred me to see the optometrist.

The optometrist said my vision and eyes were fine, he also thought they may be migraine auras and reassured me I should be okay to work the next day. I went to work and realized I had to drive about 6 hours round trip for my assigned job. Due to security reasons, it was too late to be reassigned. I toughed it out and did my job. About an hour after going to bed that night, I had my very first seizure.

My wife tells me I had a grand mal seizure. I was foaming at the mouth, my whole body was shaking, and it lasted 4 minutes. I honestly thought I was sleeping, but I woke up about 30 minutes after the seizure and just wanted to go back to sleep. We went to the Emergency Room not too far from us. I was released the same day. Although I told them I had never had a seizure or migraine auras before, I was told that I had no abnormalities and it could have just been caused by the migraine auras. They told me to take the rest of the week off and make sure I got some rest.

As the week passed, I started to have some focal and absent seizures. I slowly started losing consciousness, and I was admitted to a different hospital. My wife and parents thought it’d be a great idea to take me to the hospital where I was diagnosed with the Transverse Myelitis just in case they were correlated. I don’t remember how I left my house, how I made it into my parents’ car, or what happened after February 10th, 2018, but I do know I regained consciousness and was fully aware of my surroundings by February 14. I was released by February 15th and I was diagnosed with new onset seizures.

Due to my new condition, my neurologist told me I could not drive or operate any heavy machinery until I was seizure free for 6 months. I was devastated; my freedom as I knew it was taken away from me. Just like that, my neurologist had clipped my wings. I lost my job after they found out I could no longer do the two main requirements of the job. I applied for unemployment and they told me to apply for Social Security. I have been left with no income for almost a year.

As the months passed by, I was still having partial seizures at night. I was taking almost 15 pills daily for seizures and migraines. Some of the medications would make me feel so sleepy, that my routine completely changed. I would wake up, brush my teeth, take my medications, have breakfast, go back to bed and take a 3-4-hour nap, wake up again and finally start my day around 2pm. If I did not take my nap, I felt like I was going to pass out wherever I was.

I also noticed other weird changes as the months passed. I started feeling pain in my scalp, like if when you have the blow dryer too close while doing your hair, your ponytail was too tight, or like if you were out in the sun for too long and didn’t wear a hat. I felt a painful numbing sensation in my right thigh and on my feet, like when your foot falls asleep and you can barely move it. I also started to lose my train of thought, I’d have the same conversation with my family at least two or three times before I realized it myself. I’d stop mid-sentence and completely forget what the conversation was about. I felt like “Ten Second Tom” from “50 First Dates”. I also started to have some aggressive episodes at home. I became more argumentative, emotional, forgetful, and exhausted. Whenever I told my neurologists about my concerns, they would brush it off and change my medication or increase my dosage.

By August, I had had a little over 20 different types of seizures. Some were partial seizures, some were focal seizures, and some were absent seizures. I told my neurologist off, because after 6 months since being discharged from the hospital, I felt that they were not listening to my concerns and were only using me as a guinea pig with 6 different seizure medications. The doctor gave me a bland apology, but one of the residents suggested that I got some blood work done. A few days later, I received a call saying that my VGKC levels were extremely high, and they wanted me to get a PET scan. Even though they gave me the results, I was so sick of not having just one treating neurologist and so sick of not being taken seriously that I went to Rush University for a second opinion.

When I met with my now current neurologist, he sat down and really listened to me about my concerns, my symptoms and how the medications have made me feel. Once he went through my medical records, he immediately sent orders for me to get a PET scan, a pelvic ultrasound, and more lab work. He was also able to take me off some medications that I hadn’t really needed since I was hospitalized. When the lab work and some tests came back, he confirmed I had Autoimmune Limbic Encephalitis.

In November, I was admitted to the hospital for a 5-day IVIG transfusion, EEG monitoring, and to be taken off another medication while I was being monitored. My EEGs came out normal and I was successfully taken off the medication without any seizures during my stay. 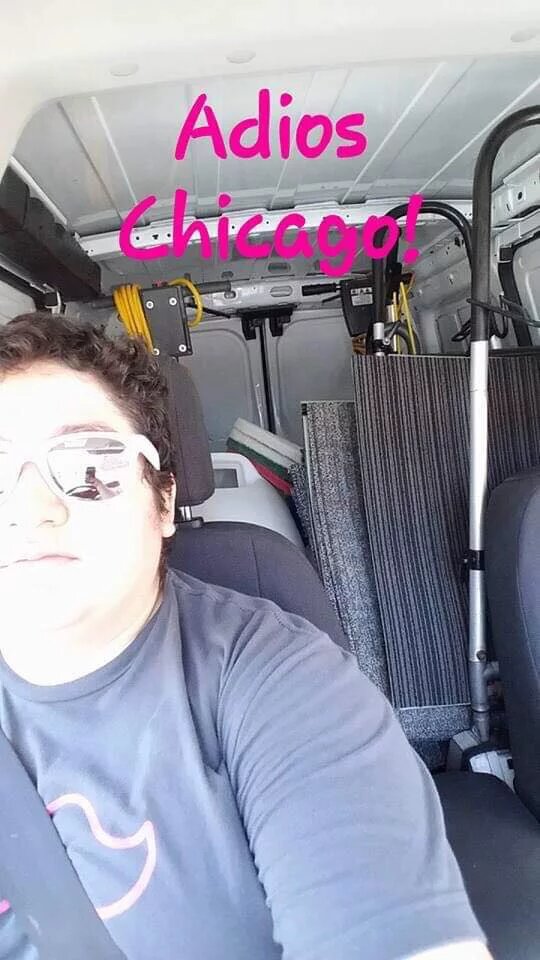 Claudia headed to Detroit for work before her diagnosis.

I am happy to say that I have been seizure free since the switch in neurologists in August last year. Although some of my symptoms, like the sensitive scalp, the mood changes, and forgetfulness still come and go, they are very rare now. I am no longer taking a nap after breakfast since I ceased a lot of the medications, and I feel like I’m becoming myself again.

My neurologist recently gave me the best news of my life, I have my wings back! I have signed up for the classes I was not able to take last year, and I am slowly going to get back to doing the things I used to do. I am going to take it slowly, but I am ready to see what the future holds for me now.

To those just starting their journey with this condition, be patient. Do not take your frustrations out on your close family and friends; they are trying to help you. Do not listen to other peoples’ opinion if they are not helping you with your new struggles. No matter how silly you think your question or concern may be, TALK to your neurologist and make sure you are heard!

Lastly, you are not alone, there are others just like you, and we are here telling our stories and ready to listen to yours.

You Are the Reason ~ IAES World Encephalitis Day AE Awareness

Sign up now to be a card carrying member of IAES