I’ll never have a ‘normal’ Life

On my 19th birthday, I had an appointment with my doctor. I was a freshman in college, taking three classes a semester. That was all I could handle.

Every waking day was spent in the clutches of my bully. It weighed me down with constant fatigue and pain like nothing before. It was like my brain had been tossed in a frying pan and seared to a crisp.

I tried to ignore it, push through the pain, pretend as if my body had the capabilities of a normal person, but I’d always crash no matter how desperately I craved a normal life.

Every night, I hoped to escape my reality in a deep sleep, only to be met with insomnia. I was sure it came straight from the depths of hell. No amount of deep breathing or relaxing music or sedatives ever touched my sleeplessness.

By my 19th birthday, I had been waiting almost three years for a magic pill to get me back to my old, struggle-free self. I had tried several different treatments. Some of them helped but none of them seemed to “fix me.”

I was hopeful about finding a solution. But, by that point, I should have known that nothing in my life was ever going to turn out how I expected. During the appointment, my doctor said that we had tried every treatment in the book for this disease. I’ll never forget the moment he looked me in the eyes and said, “This is as good as it’s going to get.”

This was not the best gift I’d ever gotten.

I was crushed as the reality of my disease hit me: I would never have a “normal life” or be my old self again.

Up until my sophomore year of high school, I got straight As. I ranked fifth in my class. I had fun hanging out with friends. My only worry was what I was going to wear tomorrow or if I was going to get a good grade on that geometry test.

But then, I started having these weird spells where I would lose the ability to walk and talk. I would cry, uncontrollably, for hours at a time, and I had no idea why I was crying. At first, this happened every couple of months. But as time went on, these spells became more frequent and severe.

While my classmates were out finding dates for the prom or going to high school football games, I was often headed for the ER. It got to the point where most of the hospital staff knew me by name. They’d see me come in and know exactly what to do: load me up with painkillers and sedatives until my body finally quit its mysterious rampant rage.

The drugs often left me stoned for days. One time, I was admitted to the hospital to be monitored overnight, but I have absolutely no recollection of it. The ER visits eventually became a blur in my doped-up memory as they quickly became my day-to-day reality.

I missed my junior year of high school. Instead, I went to several doctors searching for answers.

Some of them said these bizarre spells were all in my head. It was just me. After one ER visit, I found myself face-to-face with an inpatient treatment coordinator and was almost admitted to a psychiatric facility. I was often irritable for no reason. Complications from the disease often left me homebound. My closest friend at the time described me as impulsive with a crazy mood and a bad memory. I struggled to keep friends. 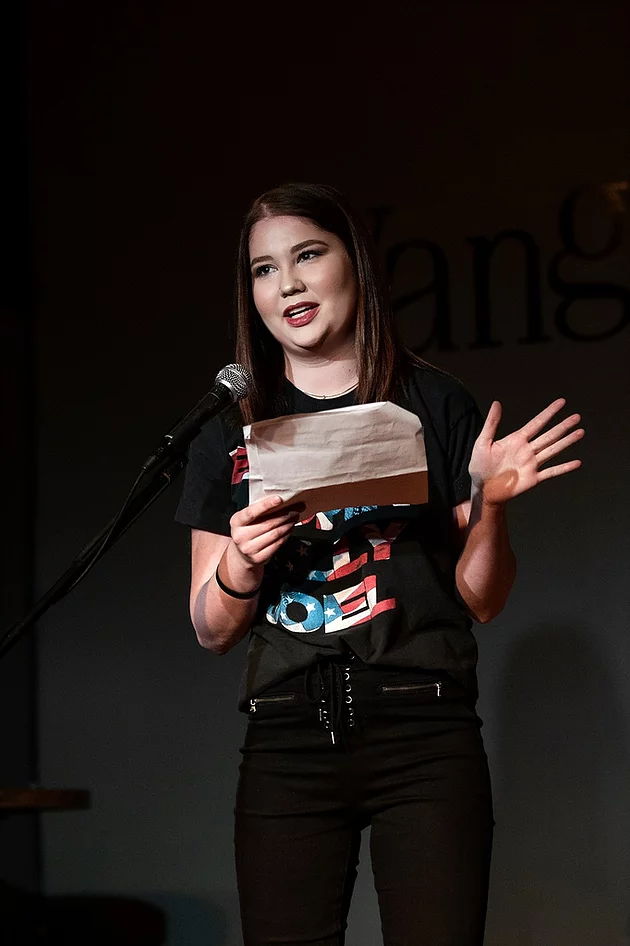 Eventually, I ended up being diagnosed with autoimmune encephalitis, which essentially means that, one day for unknown reasons, my body decided to start attacking my brain.

Now, I receive infusions every other week to put good cells in my body and make my symptoms less severe. At times, I can be on a lot of steroids, which makes me look like a human marshmallow. My face gets really puffy, and I have really bad munchies, so I’ll be down in the kitchen at 3 a.m. eating five bowls of cereal. I’ve also had chemotherapy to try stop my body from attacking my brain.

I’ve been living with this disease for about five years now. I haven’t been able to take on a full course load since my sophomore year of high school. Residual issues of ADHD, dyslexia, depression and anxiety are my new reality, and I’ve had to relearn how to use my brain. I struggle to live a normal life, but I am lucky to be alive. Most people with this disease end up in psychiatric facilities; they go undiagnosed, fall into a coma and die. I survived.

My life is far from what I expected. I thought high school would be football games and weekends with friends, after-school activities and sports. I thought my college experience would be attending a four-year school far from home, living on my own, doing whatever I wanted, whenever I wanted, meeting boys and making new memories with lifelong friends.

Life can take a lot of things from you. But I’ve come to appreciate the unexpected and the perspective it’s given me. It’s brought me to places, people and opportunities that I never would have imagined.

With the help of my teachers, I graduated from high school. And after three years in neurotherapy, I made honor society for the first time in college last month. I was selected as a member of my hospital’s Patient Advisory Council and I’ve been able to give back to the people and place that saved my life. I’ve shared my story with the local newspaper and news stations to raise awareness for this peculiar disease. I even had the opportunity to speak to a classroom of kids at the school I attended growing up. I even get to share my story with all of you.

I’ve made it my goal in life to collect as many experiences as possible. I pierced my nose on a whim, and I’ve dyed my hair various colors of the rainbow. I’ve flown in a helicopter, twice. I lost 25-pounds worth of that steroid marshmallow fluff. I adopted a dog. I modeled in a fashion show. I learned how to play guitar and piano. I traveled to France. And just last week, I got my very first tattoo.

I don’t know what the future holds for my health, so I live for every day that I’m given.

My 19th birthday could have been the worst day of my life. But in that moment of devastation in the doctor’s office, something clicked.

It was on that day I decided to stop waiting around and expecting everything to be “normal” again. I realized life is about letting go of every expectation we have about what life should be. Life is about taking the challenges we’re given and defying expectations.

Support our mission by becoming a card carrying member of International Autoimmune Encephalitis Society. For as little as $20 a year, you can become a ‘Basic’ member.  Your membership includes a small gift of thanks from IAES along with your membership card. 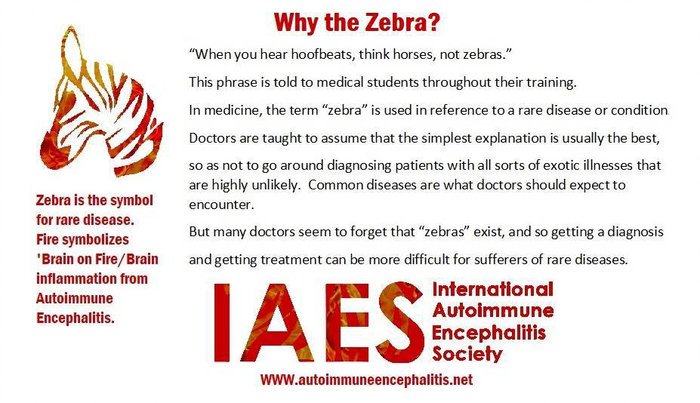