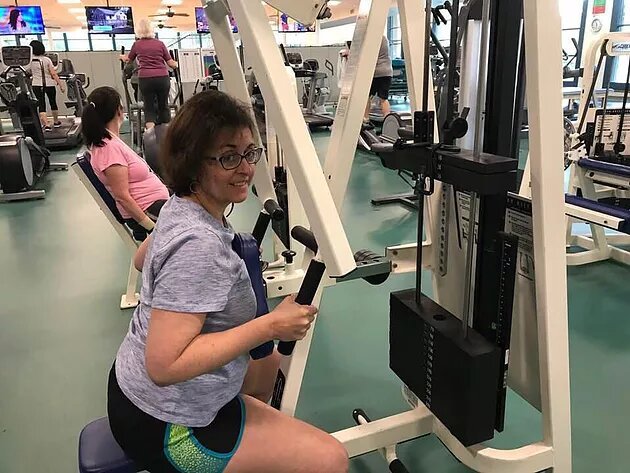 My daughter, Lee Gatewood, was hospitalized with ‘something’ March 11-2018.  It wasn’t until we were three weeks into this ‘something’ that we received a diagnosis.  Initially she was placed on a 72-hour Psychiatric hold where she was confined to a Psych ward which left us helpless to get her transferred out for a medical/neurological work up.  She was then transferred to a terrible rural hospital, (another three days of fighting), and finally transferred to a good hospital in Richmond, Virginia.  The hospital in Richmond knew that whatever was causing her symptoms was beyond their ability to accurately diagnosis.  That was when I got her to University VA. The lumbar puncture at Chippenham Hospital confirmed a diagnosis of autoimmune encephalitis.

Currently She Lee has made great progress, although she has had some setbacks too.  She was transferred to a great rehab place where she began OT, Speech, and PT.  As a Physical Therapist herself, she excelled at that.

Her weekly schedule is composed of two Occupational Therapy appointments, one session of Speech Therapy, and one Neuropsychiatric session.  I am going to suspend the Neuropsychiatric weekly session for now, because her memory is so impaired, she cannot remember enough week to week to benefit from the sessions or meet the goals she set when she first began the sessions. When she has reached a level of recovery where her memory improves enough to benefit from Neuropsychiatric intervention, that therapy will allow her to deal with the loss and changes in her life caused by this horrifying experience and the disease she will have to battle for some time.

Lee’s primary Doctor and her Neurologist at Duke want her up and exercising.  She has not had very little of any type of exercise these last six months.  Both Doctors have stressed the importance of exercise and getting out and participating ‘in community.’  Being out ‘in community’ helps her learn to deal with new people and new situations.  So, our homework is to do just that.  She is doing great! They also want her exercising and getting good blood flow. Cardio exercise, like a daily walk, is good for the brain and her recovery.  So, now my UNC Chapel Hill girl comes to Duke with me three to four days a week, and we work out at the Duke Health and Fitness Center.  She tires easily, but she is also on two major seizure medications that have side effects that cause increased fatigue. Her doctors believe that this may be playing a part in why she tires so easily.  Lee’s goal is to increase her exercise routine to an hour, so she is building her endurance by fifteen minutes each week.

Memory plays a role in every aspect of her daily life.  I can see progress there with her ability to remember how to use the weight machines and that she needs to walk the track in-between the machines. I swim while she works out to give her a sense of independence, but I do so with an eye on the gym which separates the pool area by a glass barrier.   I worry that she will forget something. Her Neurologists laughs at that. (Caretakers will understand this…..We worry…..A lot!)

He has challenged us to help each other: A Senior’s forgetfulness (or neurotic worried Mom) and an Autoimmune Encephalitis patient.  Lee thinks it is funny her Mom worries.

My daughter has had a flat affect with her emotions for a long time, but she is Healing.

Another thing the neurologist and staff told me, was that it is critical that she have friends her age which would provide her with the motivation to think and speak more and challenge her brain by interacting with new people and situations.  My speech therapist UNC friend takes her to feed the homeless. This has been awesome. She can think beyond her own situation. I am fortunate to have a young friend in church who is a speech pathologist my daughter’s age, too. 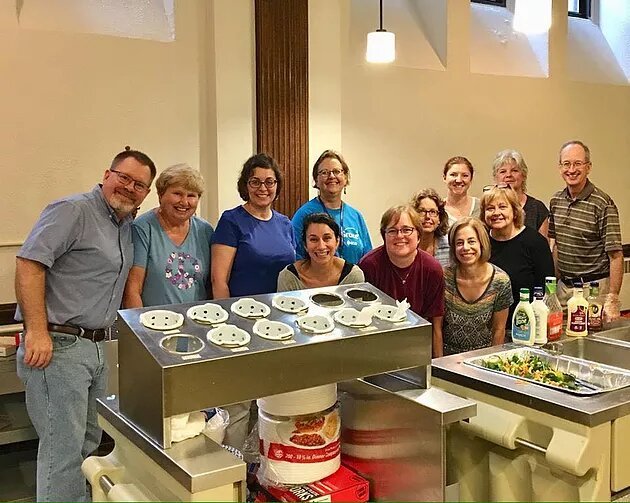 Volunteering to Feed the Homeless

Achievements? I must look at these steps with pride. I must remind her that there are steps in recovery. The lack of self-initiation (frontal lobe processing) means she would sit on the couch and watch fixer upper shows until the cows came home and, considering we have no cows, that would be a very long time.

I have started a yearly planner where I add her appointments and her daily goals. She checks them off as she goes through the day. At the end of this journey, she will have that to help her see her past and her progress. We add notes along the way as well. I use the iPad to photograph important mile markers along the way. (Which I have dated.) When this is done, and I am trusting God that it will finish one day, I can print the pictures and she will have them too. Her almost 15-year-old is keeping a journal.  Journaling is a positive and healthy way for kids to work through their experiences. The almost 9-year-old makes pictures for her. As a side note, many hospitals have support groups for kids whose parents are sick, so I would advise anyone in that situation to contact the Social worker at the hospital.  I can be a great help and support for them.

My career, I am a Chaplain therapist with PTSD patients, as helped me prepare for the technical aspects of dealing with a serious life-threatening illness. I thought, for sure, I was prepared for dealing with this emotionally, but due to the lack of knowledge and information about autoimmune encephalitis that is given to families…..I was not prepared. It is a lot to wrap my head around. I am sure each one of you has felt this.

I am grateful to International Autoimmune Encephalitis Society for the information they provide to help us all understand this disease and the personal support in guiding us through our challenges on this journey. It is a lonely world out there with this disease. God bless each of you and your families.