The Little AE Warrior Whose Story of Valor Became Legendary

Female warriors in history who engaged in war are found throughout mythology and folklore.  A mythological figure does not always mean a fictional one, but rather, someone of whom stories have been told that have entered the cultural heritage of a people as mortal heroines.

Some women warriors are documented in the written record and as such form part of history.  However, to be considered a warrior, the woman in question must have belonged to some sort of recognized legion. In this case, the autoimmune encephalitis community. Today we document the story of Hadley.  A little warrior whose battle over insurmountable odds lead her to victory. Hadley’s story is not a legend. Hadley’s story is legendary. Therefore, we enter it into the cultural heritage of our people, the AE community, and mark Hadley into our history as a mortal present-day heroine.

Just over two years ago we woke up to what we thought was a normal Monday and found ourselves by days end standing in the Texas Children’s emergency room with our three year old daughter Hadley in a coma and near death.

I laid down next to my perfectly healthy daughter on Sunday evening and didn’t wake up to the same girl next day. At some point during the night, her immune system launched a wicked attack on her brain. We would later be given a name for this incurable beast, Autoimmune encephalitis. Hadley awoke with a headache and mild vomiting. By early afternoon she would be hallucinating and unable to see. By the time we made the 45-minute trip to the emergency room, she would be mostly unconscious and no longer know who we were. By the time we would have her transported to Texas Children’s Hospital, her blood pressure had declined to a frightening and life threatening 45/25.  Hadley’s glucose level was only 11 and her core temperature had already begun to drop.  Hadley had entered coma. 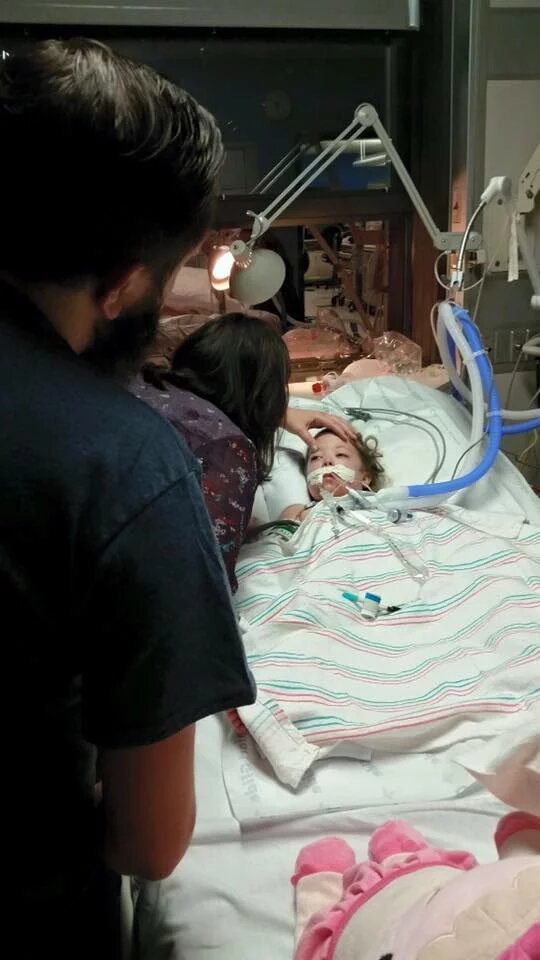 We arrived at Texas Children’s Hospital with her having only minutes to live. Within two days we were told her brain was swelling.  We faced saying what we feared were our final goodbyes just before the doctors placed her on a ventilator. Our Hadley was a Warrior. She fought the disease that was wreaking havoc with her brain and awakened from coma.  Having come out of the coma, Hadley was challenged to have to learn to walk, talk, and eat again.  She had to learn who her Mom and Dad were having lost all memory of her family and who and what was familiar to her.  She battled her way back through hallucinations and countless hours of therapy. 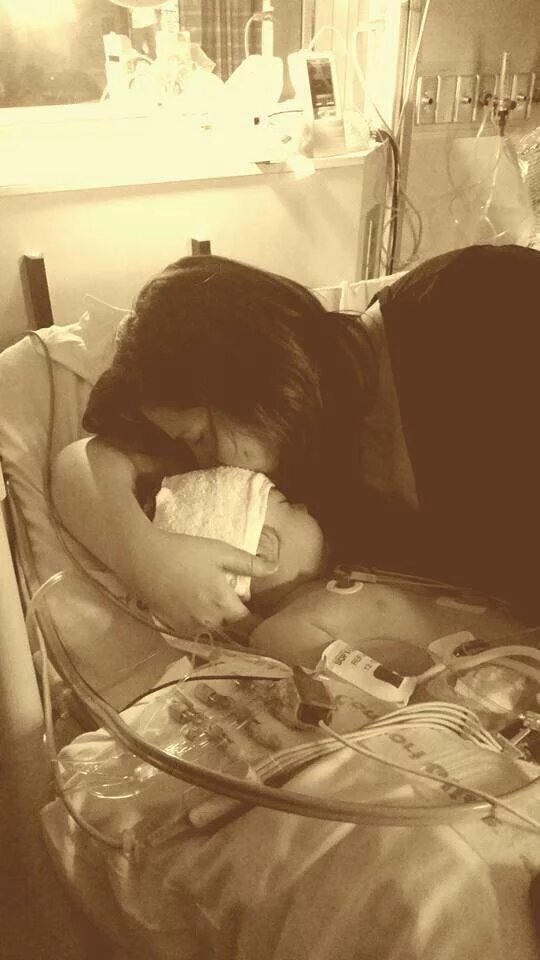 We have been battling this beast, Autoimmune Encephalitis, for two years now and Hadley has been declared to be in remission! We have seen tremendous progress. God has been so good!  Of course, we are not the same people we were two years ago. You cannot walk a journey like this one and remain unscathed. I’d be lying if I told you we had it all figured out. There are days we still grieve but most days we find ourselves overwhelmed by Gods goodness.

The IAES has been a huge resource for us! They recently walked us through an insurance appeal when our daughter’s insurance denied her life saving IVIG treatment! Within 48 hours I had all I needed in hand to appeal and win! This treatment was vital to Hadley’s care.  International Autoimmune Encephalitis Society has been a huge support in helping us advocate for Hadley and help us get her to where she is today: remission. 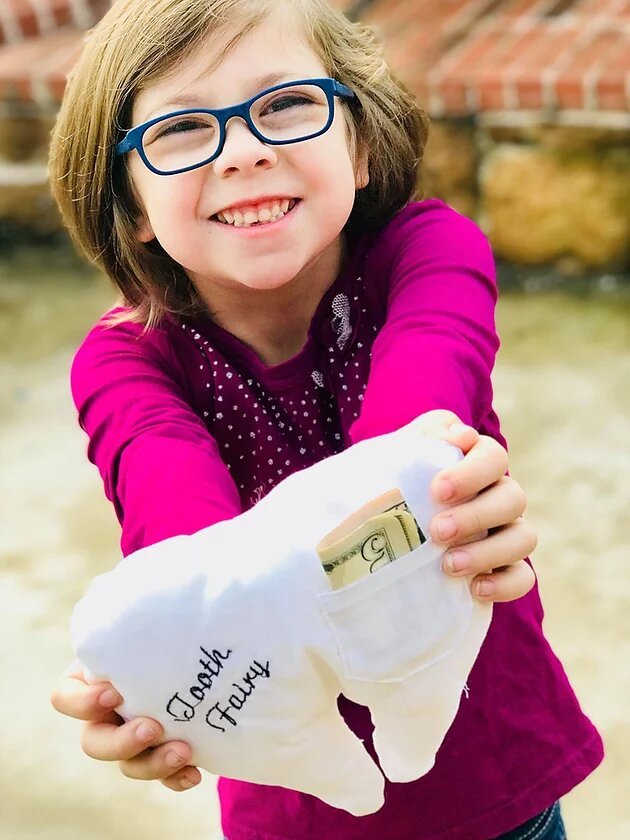 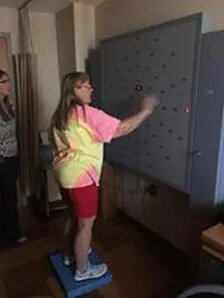 It was in March 2016 that my husband Jim and I found ourselves waiting in Dr. Andrew McKeon’s office at the Mayo Clinic in Rochester, Minnesota.  We were both nervous and exhausted.  It was the end of a five-day marathon of back to back appointments for every scan, lab and test known to man it seemed like, to determine what was currently occurring with my autoimmune encephalitis. We were a long way from our Beaverton, Oregon home and three years had elapsed since my sudden and dramatic onset of the disease. The journey had forever altered our lives and we were traumatically scarred by the experience. Psychosis NOS was my first differential diagnosis and I had nearly been legally committed. I then received a diagnosis of Acquired Brain Injury of unknown origin. Next, I received a diagnosis of probable viral encephalitis with ABI as I seemed to be improving given psychosis was no longer present. When I relapsed and was on Neurologist #2 and #3 (colleagues in the same clinic), I was told that I either had something called anti-NMDAr encephalitis or Hashimoto’s encephalitis.  But, I was not cured after IV Solumedrol and my NMDAr titers were low positive in blood when tested for the first time 16 months after onset, so it was determined that I was again a psychiatric patient. Neurologist #4 diagnosed me with what he had termed ‘a classic case of autoimmune encephalitis’ within 3 days of being told I was a psych patient by dear Neuros #2 and #3.  This is when my treatment plan became aggressive. Fast forward a year and a half to Jim and I reflecting on the horrors of the last three years waiting for Dr. McKeon to enter the room and review his findings with us.  I sat, watching the second hand of the wall clock give precision jerks forward to second-marker after second-marker on its face.  Tick – Tick – Tick.  The door opened and in walked Dr. McKeon. Jim grabbed my hand.
Did I just hear that? My vision blurred instantly. I wasn’t sure but Dr. McKeon was smiling so I MUST have heard that! “You are in recovery Tabitha.” As if one, Jim and I began to sob. Jerking sobs that wracked our bodies. Sobs of pent up fear. Sobs that release the soul from being chained to a nightmare. Cleansing sobs. Sobs that went from fear to release to joy. Words I never thought I would hear. I was in recovery.
Dr. McKeon explained that he felt my best chance for a successful recovery was to go through an intense rehabilitation program Mayo Rochester had developed for patients in recovery from autoimmune encephalitis. He told us he had called all over the country to try to locate a rehabilitation program that addressed all the issues an AE patient needs but had yet to locate one.  He understood this was a sacrifice given we lived out of state but hoped that it would be something we could arrange. I returned to Mayo four months later determined to take advantage of every aspect of the 40 hours of intense rehab they were going to put me through.
Being in ‘recovery’ isn’t what you might image. When people heard, “She is in recovery”, they thought that I was ok and back to how I was before the disease. Not so. Luckily, I didn’t have any permanent brain damage, I had brain injury. I had to learn to walk, talk without jerking (never mind my issues with word finding or forgetting what I was saying), improve my focus through various ‘cross attention span’ exercises, balance in a stand or when moving/walking, turning, memory issues. Well, let’s throw everything in there to simplify it. I had to re-learn and re-train my brain so the neurons would communicate with each other again!  I was in recovery which seemed like a different kind of challenge than the one I had just completed. It felt like I had scrambled and scraped to the top of this insurmountable mountain only to find that there was another mountain range to conquer that had been hidden from my view.  I saw that this was going to be hard. I also KNEW that it would be a lot easier than what I had just gone through. So, in that sense, this was the best part of the journey. Who cared how long it took me to get there. I didn’t care one wit. I would get there when I got there and, on the way, I would get more and more of my function back. If I can give anyone any advice, it would be to not limit your expectations by setting time goals of when you will achieve success.  Throw that restriction out the window. It will relieve you of stress and stress restricts recovery. 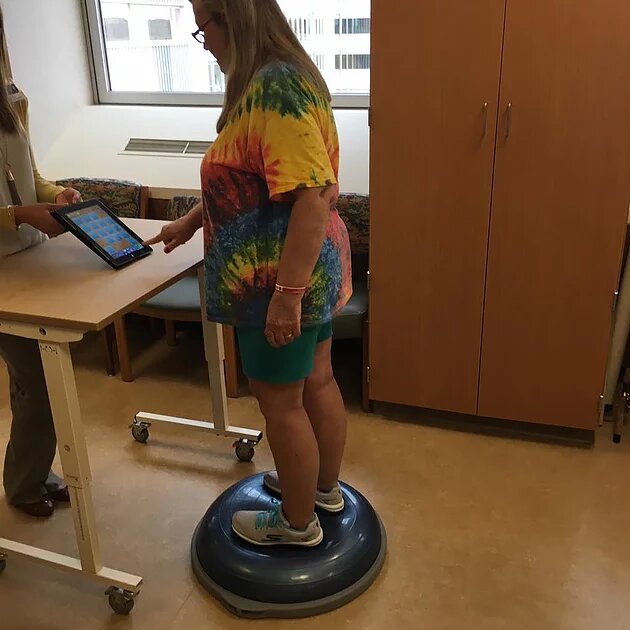 I am a work in progress. I am able to do things I never imagined I would be able to do again.  I have fits and starts and blips and road bumps. Like an engine that has sat idle, I may sputter and back fire as I begin chugging, lurching and moving forward.I am not who I used to be before autoimmune encephalitis. I am a ‘revised edition’ of Tabitha.  I’ve been edited and have a prologue I didn’t have before the Spring of 2013. The soul of who I am is the same. I put to you that because of my experience, a soul metamorphosis has occurred in how I regard life, my life, the gift of life.  I now know what the original version of Tabitha took for granted. Life is to be cherished.  There is nothing more important than loving.  Weave simple acts of kindness into the fabric of each day. 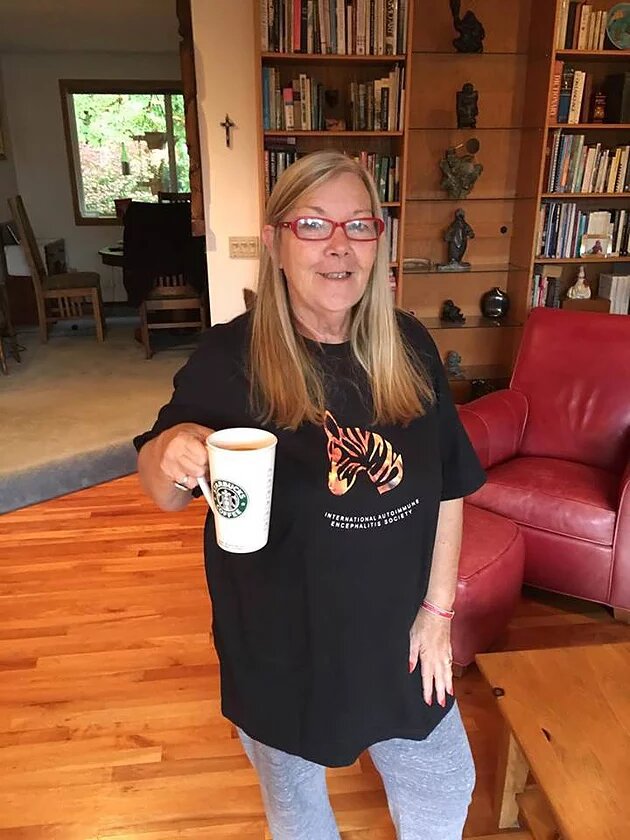