Diagnosing a problem in the brain can be a major challenge. Unlike a broken bone, many neurological problems are extremely hard to see. A computer tomography (CT) scan of the brain, which is similar to an x-ray, can usually only detect obvious damage, such as bleeding in the brain. Even magnetic resonance imaging (MRI) scans, which are expensive and time consuming, can fail to detect the underlying cause of a neurological disease such as autoimmune encephalitis1. There is one characteristic of the brain, however, that can be leveraged to diagnose brain conditions: the fact that the brain and spinal cord control everything else in the body. Using this fact as a guide, the neurological exam is a standard battery of tests performed by physicians to assess a patient’s neurological function. It’s cheap and relatively easy to administer because it involves testing other parts of the body for clues about how the brain is working, instead of having to look into the brain with complicated and expensive techniques. Let’s examine each part of a standard neurological exam, and how it can help uncover abnormalities in brain function.

During the mental status evaluation, a physician will assess basic levels of alertness, behavior, and memory. The patient may be asked where they are, what year it is, and if they can remember a series of words. Abnormalities in mental status such as confusion or erratic behavior could indicate a host of problems ranging from intoxication to severe infection to dementia.

Anyone who has had a neurological exam has likely had a flashlight shone in their eye. Why do physicians do this? Many of the tests involving the eyes and face are testing the function of cranial nerves, which are nerves that emerge directly out of the bottom surface of the brain.

Our eyes, though small, are intricately controlled by our brains via several cranial nerves, which is why most of these tests focus on the eyes. When light shines in your eye, the information travels from cranial nerve 2 (the optic nerve) to the brain, which then sends a signal down cranial nerve 3 (the oculomotor nerve) to tiny muscles around the pupil, causing them to contract. This protects the retina from light damage. If the pupils do not respond, it is an indication that there may be damage to one of the cranial nerves. The doctor will also check to make sure the right and left pupils are dilating and contracting evenly. If they are not, it may help pinpoint where in the brain the damage is located.

Another common test involves the physician placing a pen or their finger in front of a patient, and asking them to track the movement with their eyes while leaving their head still. This also tests the cranial nerves, since eye movement is controlled by the oculomotor nerve. Failure of the eyes to move in a specific direction can help identify the site of injury in the brain.

Physicians also frequently access the function of cranial nerve 7, which is the facial nerve. This nerve sends motor information to the muscles in the face. Physicians may simply ask a patient to smile, and watch the muscles to make sure the smile is symmetric. They may also ask patients to puff out their cheeks. Neurological conditions involving the facial nerve may cause weakness that would cause air to leak out.

There are many other tests of cranial nerve function that may be performed including assessing smell, hearing, and the gag reflex. These tests help physicians understand whether there are specific injuries to the different cranial nerves, which mediate important functions.

The brain controls movement by sending electrical signals from the brain to the spinal cord, and out to the muscles. If a neurological condition affects any part of this pathway, weakness or abnormalities in muscle tone may occur. A physician will usually ask patients to push their arms or legs against the doctor’s hands, or try to keep their arms or legs still while the physician pushes against them. If patients’ muscles are unusually weak or there are differences in strength between the left and right side, physicians will want to look for conditions affecting motor areas of the brain or motor neurons in the body that control muscles.

Tests of sensation involve assessing a person’s sense of touch. Again, these are relatively simple tests that involve touching a patient’s skin with a sharp object, like a small needle, and a soft object, like a Q-tip, and asking if they can feel the difference. The physician may also use a tuning fork, which vibrates at certain frequencies and ask the patient if they can feel the vibration. Our skin contains sensory neurons that respond differently to sharp and dull objects and to vibration. The sensory neurons relay this information to the spinal cord and then to the somatosensory cortex in the brain, where the signal is interpreted. Dysfunction in any part of this pathway may result in abnormalities during the sensory portion of a neurological exam.

Reflexes are automatic responses that involve sensory neurons in the skin, tendons or muscles, neurons in the spinal cord, and motor neurons that control muscle movement. One example is the famous “hammer on the knee” test, where a physician will tap the tendon below your knee, eliciting an automatic contraction of the quadricep and a kicking motion. These tests check that the basic circuits that sense touch and stretch and those that control muscles are working properly.

Balance and coordination are controlled, in part, by a brain structure called the cerebellum. There are many ways to test balance, including asking patients to stand on one leg with their eyes closed, or walk heel-to-toe in a straight line. A common way to test coordination is to have patients close their eyes, put their arms out in front of them, and touch their nose with their finger. A healthy person’s finger will take a straight route and touch the nose or very close to the nose without relying on sight or touch to know where the nose is. If a person cannot touch their nose it could indicate there is a problem in the cerebellum.

A comprehensive neurological exam with every possible test would take a very long time. Therefore, in most cases, only a subset of these tests are performed depending on what symptoms the patient is experiencing or where the doctor suspects there may be damage. Thus, one person’s neurological exam may look very different from another’s. Some exams focus more on cognitive function, especially when the patient’s behavior is altered or memory problems are present. These can be called neuropsychological exams because they focus more on the patient’s mental and cognitive status rather than, for example, problems with movement2. The goal, however, is always the same: to determine whether there is a problem in the nervous system and to try to locate and identify that problem so that it can be treated.

A neurological exam is likely one of the first diagnostic tests to be performed on a patient with autoimmune encephalitis since the initial symptoms typically point to some kind of neurological problem. Anti-NMDAR encephalitis, for example, begins with predominantly psychiatric problems such as agitation and hallucinations3. Limbic encephalitis will cause behavioral changes, confusion, and memory problems3. While brain scans can reveal abnormalities, in many cases they do not1, making the neurological exam even more important. But the exam, as comprehensive as it is, cannot identify the underlying cause of these symptoms. It can, however, rule out other causes such as schizophrenia, which may be crucial in the decision to test for autoantibodies in the blood, which will lead to the correct diagnosis4,5. The neurological exam can also be helpful to identify subtle symptoms or track a patient’s progress through treatment. 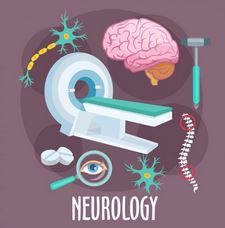 Become an Advocate by sharing your story. It may result in accurate diagnosis for someone suffering right now who is yet to be correctly identified. Submit your story with two photos to IAES@autoimmune-encephalitis.org   International Autoimmune Encephalitis Society (IAES), home of the AEWarrior®, is the only Family/Patient-centered organization that assists members from getting a diagnosis through to recovery and the many challenges experienced in their journey. Your donations are greatly appreciated and are the direct result of IAES’ ability to develop the first product in the world to address the needs of patients, Autoimmune Encephalitis Trivia Playing Cards. Every dollar raised allows us to raise awareness and personally help Patients, Families, and Caregivers through their Journey with AE to ensure that the best outcomes can be reached. Your contribution to our mission will help save lives and improve the quality of life for those impacted by AE.