Through my eyes: Watching my Dad’s AE journey 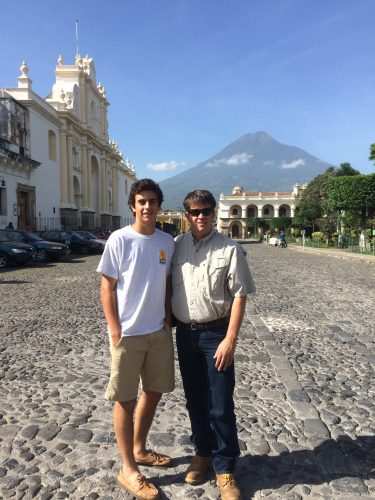 It’s been a little over two years since I got the phone call from my Mom. I was a sophomore in college and was entirely unprepared for the conversation that was to follow. She explained that my dad had a minor seizure while at work and was being transported via ambulance to the hospital. This news came as a total surprise to me because my dad was in seemingly perfect health – no drinking, no smoking, and he exercised frequently. While I could tell that my mom was obviously shaken, in the moments after that phone call I was able to convince myself that everything was fine, that he would get a prescription and return home the same day unscathed. Like many others who have experienced the grueling battle against autoimmune encephalitis I couldn’t have been more wrong about what was to follow. So began my dad’s battle with the disease.

Its hard to explain to people who haven’t ever heard of AE that it’s not a simple disease to diagnose. In my dad’s case, it took two separate stints in the hospital to finally get an accurate diagnosis. After the first incident he was admitted into the ICU where he lost control of his body almost entirely for several days until the steroid medications began to reduce the swelling in his brain. The neurologists at our local hospital were perplexed as to what the cause of his symptoms could be. They ran a series of tests that ruled out everything from a stroke, a bacterial infection, as well as a multitude of other conditions that I can’t begin to remember. After two weeks in the hospital his facilities began to come back as the medicine did its job, and we stayed hopeful that it was somehow an isolated incident not to be repeated. He was released and began resting at the house as he recovered. It couldn’t have been more than two weeks later that I was woken up by my mom’s screaming in the early hours of the morning. As I ran the stairs I prepared myself for what I was about to see, filled with adrenaline and terror that even two years later keeps me awake in the night. When I reached the living room, I discovered my Dad on the couch having a full-on seizure, something that I had only previously seen in movies. Knowing little to nothing about what strategies to employ to help, I opted to pick up the phone and dial 911, and just as I heard the phone ringing I heard my Dad’s voice from the other room express that the seizure was over and that he felt fine. I hesitantly told the operator that things were fine, spent a few minutes making sure my Dad was responsive and lucid, and somehow returned to sleep. Less than an hour later I was awoken by the same screams, and this time I knew that another hospital visit was imminent. Thankfully, the doctors explained that a small reduction in the seizure medication was to blame and they sent us home that same day.

Over the next month my Dad returned to his normal self slowly but surely. His previous hospital stays were characterized by extremely abnormal behavior that the doctors attributed to his brain swelling. Things that he would have normally never said or done became commonplace while he was in the hospital. He forgot names, places, and other details. After the doctors adjusted his medicine he became more lucid. He was able to laugh at jokes and even bust out some of his own signature humor. While things were obviously different, namely his strength and ability to remain energetic throughout the day, things felt normal. They remained that way until Christmas Day, when another minor seizure sent us to the Houston Medical Center. The hospital was almost completely understaffed and made for a less than ideal celebration of Christmas. This visit was the most serious of the many that we experienced, as we called Houston Methodist our second home for over a month while doctors scrambled to properly diagnose my Dad’s symptoms. The team of neurologists there were incredible given the circumstances and after weeks of uncertainty and guessing, they were able to finally conclude that my Dad was suffering from autoimmune encephalitis caused by an antibody that was unknown. 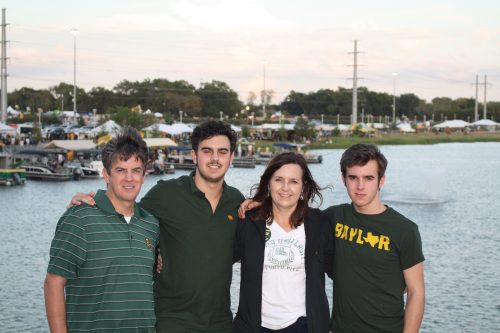 For my family, a diagnosis was everything we had wanted; we could finally begin a treatment plan that was focused, instead of one that had no timeline or endgame in sight. By this time however, my Dad’s health had seriously taken a toll. As a result of losing his ability to walk he was bedridden for most of the month. It was also around this time in the hospital that something seemed to be off with him mentally, he was saying things that weren’t necessarily true and overall had developed a very bad attitude that led to frequent outbursts.

After another lengthy stint at a physical therapy center, Dad was finally able to return home. My mom worked tirelessly with him every day on his occupational therapy, encouraging him and try and stay positive. Things were okay again for a few months, but eventually took a dark turn as my Dad began having suicidal thoughts and began exhibiting symptoms of psychosis, leading him to believe things about the world that weren’t true. He was constantly worried about money and convinced himself that the police were looking for him and had a warrant for his arrest. He left the physical therapy facility in February and in April he attempted to take his life for the first time. Thankfully he was unsuccessful, but he did serious damage to his arm as a result and had to be admitted to a psychiatric hospital for a few weeks and had to undergo more physical therapy for his arm.

It was during his stint in the psychiatric hospital that I first reached out to the folks at the International Autoimmune Encephalitis Society where I received tons of resources about how to get Dad released from the psychiatric unit. Once he was released, it became apparent that IVIG treatments were the right treatment, but we were denied a total of 3 times by our insurance provider on the grounds that the treatment was not FDA approved and did not actually treat AE. Thanks to the hours of phone conversation with members of the IAES, I was able to eventually overturn the decision and Dad began receiving IVIG treatments shortly after. When we returned home, I could tell that he was tired of living, that his spirit was drained, and he was ready to give up.

Despite utilizing every available resource at our disposal, he succeeded in taking his life in late September of 2018, just three days before his 51st birthday.

It’s hard to describe my thoughts and feelings throughout the past two years because the only way I can think of it is as a never-ending roller coaster, constantly up and down with no end in sight, until there finally was one. 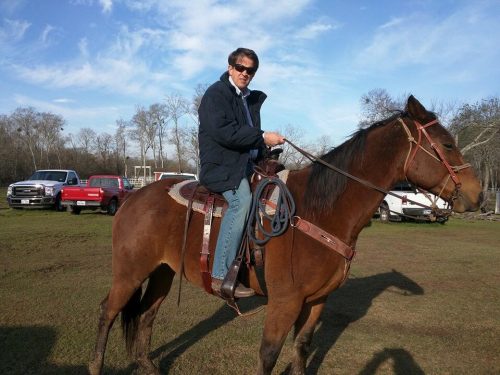 I would be failing to honor my Dad’s legacy if I failed to mention that he was an incredible man, the best man I think I’ll ever have the pleasure of knowing. That said, for me, the experience was agonizing and easily the worst thing I’ve ever had to endure. It felt like some days would never end, and it was exhausting trying to rationalize with someone’s who’s brain would not let them experience reality the way it ought to. The countless hours spent sleeping on uncomfortable hospital furniture, the excruciating hours spent at physical therapy being a cheerleader, and the anxiety of waiting for the doctor to step in the room are just a few poignant memories that come to mind when I think about that period of my life. Some of the happier memories involve performing daily miracles: like making my Dad laugh at a dumb joke or getting him excited enough about The Beatles to get him to sing along in the car.

This whole experience has shaped me and impacted me in ways that I cannot begin to describe. While my Dad’s battle with AE ended almost a year ago on September 20th, I continue to wage my own battle every day dealing with the repercussions of this deadly disease. It’s still hard to get out of bed some days because everything is a reminder that I’m here and he isn’t. I can’t help but think about what I could have done different, how I could have made his life a little better than I tried. I think these feelings are natural now that he’s gone. As much as I try to not let myself dwell on them they are always in the back of my mind. The whole-time Dad was sick I was in school three hours away, so many weekends were spent back home at the side of a hospital bed while I struggled through my sophomore and junior years of college. I somehow managed to stay in school and keep my grades up, and I’m looking forward to graduating this coming year.

For the first time in a very long time I can confidently say that I am genuinely happy and hope that by writing a little bit of my story that someone out there, whether it be a caretaker, a friend, a family member, or even someone who hasn’t heard of AE would be encouraged and inspired.

To all the caretakers out there – keep going and don’t let up. Use the resources that IAES has to provide the best care to your loved one. I can confidently say that if it weren’t for this organization my Dad would never have received IVIG treatments, which were instrumental in his recovery.

If you’re reading this, and can relate in any way, I’d love to hear from you about your experience. Much love to everyone.

Your generous Donations allow IAES to continue our important work and saves lives! 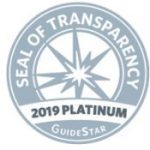 Become an Advocate by sharing your story. It may result in an accurate diagnosis for someone suffering right now who is yet to be correctly identified. Submit your story with two photos to: IAES@autoimmune-encephalitis.org