My dad and my brain go back more than a few decades. When I was two, he convinced my eldest sister she could teach me to read, which I insisted upon in order to move on from coloring books. It wasn’t that I was bored with Dad reading Dr. Seuss to us before bed, it was a fascination with the stories that I wanted MORE.

Among my rather large family—including more than a dozen cousins, with whom our young parents raised more like a collective of siblings—I was given the nickname “The Brain.” I took no offense at the name (until adolescence finally kicked in); rather, I relished reading in a corner when the rest were doing anything else.

It paid off, too. I was immediately admitted to the public school’s advanced program, while my four siblings attended the local parochial school. Dad generally drove us to school and I was the final drop-off, during which time he encouraged my academic achievement in multiple ways, whether quizzing me on spelling words or asking me to solve math problems in my head.

Dad was in advertising, heavily involved in political campaigns, which also set the stage for my career in public relations and marketing—including a stint as a registered lobbyist for the Health Insurance Association of America. As a matter of course, the last three people who hired me asked in the interviews whether I was his daughter. My answer weighed heavily in my favor.

Fast-forward to November 2018… During dinner with my boyfriend, I said something so out of course with our conversation, that Tim was stunned. The next day I had no recollection of it and he insisted I see my internist, who knows me well enough that I was sent immediately for an MRI. Limbic encephalitis was rampant and the obvious diagnosis. (I’ve had epilepsy for nearly 30 years, due to an entirely separate and resolved diagnosis, so all seizure activity was well-controlled, making my memory issues the trigger in my case.)

Upon receiving this new diagnosis, I communicated it to my family. My sister, Suzanne (the one who taught me to read), is now a bioethicist in Washington state, and she arranged for me to be seen at Mayo Clinic for a consult with Dr. Sean Pittock, who agreed out of professional courtesy. Immediately upon meeting me during my office visit, he admitted me and began my steroid treatment.

During this time and since, Suzanne, Dad and I have been in daily text communication. Sometimes it’s related to my encephalitis, though often it’s about our beloved University of Louisville Cardinals, the Chicago Cubs, Thoroughbred racing, or the political antics of the moment. Never has Dad wavered in his commitment to my wellness.

Once it became apparent that working at a job I once loved was no longer possible because of my significant memory issues, he has continued to nudge me along intellectually. He’s convinced “The Brain” will overcome and achieve in new ways. There are days I’m not yet there with his belief, but more often than not, I’m still the kid who’s being quizzed in the car on the way to school.  Happy Father’s Day, Dad! 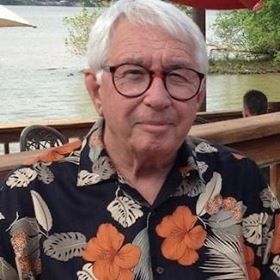 She Didn’t Stand Alone, She Had Her Father

She did not stand alone, but who stood behind her, the most potent moral force of her life was the love of her father.  Harper Lee.

Father’s Day is a day we celebrate our fathers. We may take them out to dinner, send a card, or make a special phone call. There have likely been times when we have argued or butted heads with our fathers. Times when they have come to our rescue. Times when they have chewed us out for doing something goofy. I didn’t really realize how important my parents, my father is, in my life until I had seizures and was diagnosed with autoimmune encephalitis.

Growing up, my Father’s goal was to make sure we were competent, independent adults. We had to learn to read a map, change our oil, when we were five he helped us open our own bank accounts and made sure we put money in them to save. One thing he couldn’t protect me from or prepare me for was autoimmune encephalitis. But as always, my parents have stood behind me, loving me, supporting me, at times holding me when I cried from the frustration of not being who I was before and celebrating the small goals I have achieved as I have inched along in my recovery.

Events one doesn’t conceive of celebrating such as when I completed day rehab, passed my special driving test so I could resume driving, and when I was able to stay up all day without a nap. (Autoimmune encephalitis makes you celebrate the small things).my Father celebrated with me.

So, when we feel alone, know that whether we still have our Fathers physically with us or not, they stand behind us, cheering us on. 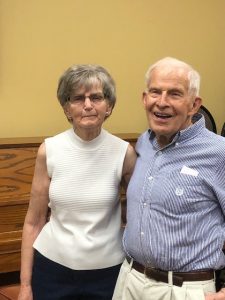 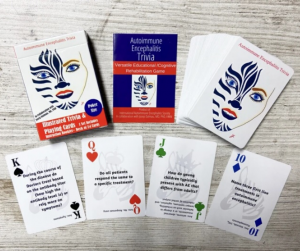 International Autoimmune Encephalitis Society (IAES), home of the AEWarrior®, is the only Family/Patient-centered organization that assists members from getting a diagnosis through to recovery and the many challenges experienced in their journey. Your donations are greatly appreciated and are the direct result of IAES’s ability to develop the first product in the world to address the needs of patients, Autoimmune Encephalitis Trivia Playing Cards. Every dollar raised allows us to raise awareness and personally help Patients, Families, and Caregivers through their Journey with AE to ensure that the best outcomes can be reached. Your contribution to our mission will help save lives and improve the quality of life for those impacted by AE.