The Dynamic Brain in Autoimmune Encephalitis 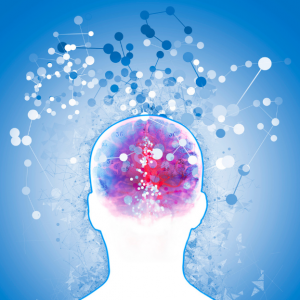 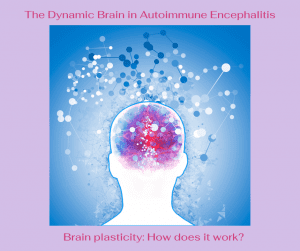 One defining feature of the nervous system that neurotransmitters play a key role in is brain plasticity. Brain plasticity, also called neuroplasticity, is the ability of the brain to adapt by changing, re-wiring, or making new connections between neurons. This is important because this plasticity in response to lived experiences is what enables behavioral changes, such as learning new things and forming new memories2. Research and anecdotal evidence show that learning and memory are affected in AE, which makes it important to understand what brain plasticity is and how it is affected in disease.

Brain plasticity: How does it work?

At the cellular level, plasticity is seen mainly by the change in strength of the connections between neurons, called synapses. This is known as synaptic plasticity and it can go two ways: synapses can strengthen, known as long-term potentiation (LTP), or they can weaken, known as long-term depression (LTD)2. Importantly, the quantity and function of neurotransmitters and their corresponding receptors are critical for synaptic plasticity. More neurotransmitter molecules and more receptors means that neurons can communicate better and more effectively, which allows for the strengthening of their connection.

Strengthening usually happens when two neurons synchronize their activity. One famous researcher, Donald Hebb, said it conclusively: “Neurons that fire together, wire together.” This usually happens in our brain in response to different experiences, but it can also be studied in the lab. This process is studied by artificially stimulating connections to induce either LTP or LTD2. Using a baseline, scientists then study how different interventions affect whether the connection strengthens or weakens. By doing this, they can see how different changes, such as a generation of autoantibodies, can change these connections.

Since we know that AE is characterized by autoantibodies against important neuronal proteins—specifically neurotransmitter receptors—scientists wondered whether these autoantibodies could affect synaptic plasticity. One study looked at this by treating mice with antibodies against one specific subunit of the AMPA receptor derived from AE patients3. The AMPA receptor is one of the locks for the neurotransmitter glutamate, which is important in excitatory transmission, the type of communication where neurons activate other neurons. The researchers found that treating mice with autoantibodies led to internalization of the receptor, meaning the cells took the receptor away from its normal location on the outside of the neuron. Inside the neuron, the receptor could no longer exert its function and the neurotransmitter lost its effect.

The mice treated with these human antibodies against AMPA receptors had impaired LTP in a specific pathway of the hippocampus, an area that is critical for the formation of memories3. This means that with autoantibody treatment from AE patients, the strengthening of the synapses did not occur as well as it did when mice were not treated with the antibodies. As a consequence, treating mice with these antibodies affected their learning and memory. The researchers saw that the impairments that mice developed with antibody treatment paralleled the strong memory impairments seen in disease.

Similarly, a group of researchers treated brain slices from mice with fluid derived from the brains of patients with AE4. This fluid had autoantibodies specifically against an important neurotransmitter receptor called the NMDA receptor (NMDAR), another lock for the same neurotransmitter glutamate. Once again, the antibody-rich fluid derived from AE patients impaired LTP4. Injecting fluid from patients with NMDAR encephalitis straight into the brains of live mice also blunted the ability of connections to strengthen5.

However, these studies were done in animals. In humans, studying brain plasticity is a bit trickier, since neurons are deep inside the human brain in humans and artificially activating them is not an easy task. One way it can be done is by pairing two activations. The first activation, called peripheral electrical stimulation, is done by giving a jolt of electrical pulses to peripheral nerves such as those in the hand. At the same time, the researchers non-invasively stimulate the area in the brain that connects with the peripheral nerve by using a technique called transcranial magnetic stimulation. By doing this, they can “look” at what is happening in the brain to see how this artificial paired activation leads to changes in synaptic plasticity.

What does this mean for recovery?

Brain plasticity is also a mechanism that the brain uses to recover from damage. After injury, the brain can try to find new ways to do things. For example, if an area that controls understanding speech is damaged, the brain can reorganize to change where it gets different speech information from. In this case, the rearrangement of synapses and the alteration of synapse strength could be a way the brain tries to respond to the injury mediated by autoantibodies in AE. As a treatment, activating plasticity has been considered for psychiatric disorders7. Different strategies include medication8 and even exercise, which has been shown to enhance plasticity9. Therefore, it is possible that plasticity could be activated to help patients with AE. However, more research has to be done to further understand how exactly these interventions could change brain plasticity in AE and potentially help people recover from the debilitating symptoms.