The Scariest Time of my Life -Battling Limbic Encephalitis

I have had the same job for the last 5 years, I manage a small retail shop. Have a nephew that I love and love being around. Have loads of friends and never really had any complaints or gotten sick.

That all changed this past year (2018). I want to say it was about the end of April or the start of May that I started getting symptoms. At first, I felt fatigued, I blamed it on working and traveling too much. I wasn’t having any time just relaxing.

Around June I was asked to speak at a conference for another organization that I’m part of. In the middle of my talk I had a mental fog. I zoned out and I couldn’t regain my train of thought. I couldn’t remember anything I was just talking about. Again, I chalked it up to just nothing really.

Those mental fogs and blank spots started becoming more and more pronounced. I started getting them when I was driving or while I was working. I would get them at home watching TV or being on my computer. This was in about July. The headaches were almost every day at this point also. I was extremely thirsty all the time. This is also when I started to get some anxiety and depression happen. This was very uncharacteristic for me. I started isolating myself and not wanting to be around anyone.

The next couple of months continued like this. I didn’t know what to do, but I never went to the doctor because I didn’t believe I was sick.

Around the beginning of September, I started having paranoia, extreme paranoia. I thought I was losing my job. I thought everyone was out to get me. I separated myself from any social contact with anyone. Keep in mind I’ve been driving to and from work this whole time. The hallucinations started about the middle of September first with auditory hallucinations. I thought the radio in the car was talking to me when music was on. I started having visual hallucinations after that. I would see things out of the corner of my eye or have these weird lights in front of me at first. Then I would see people or things that weren’t there. I thought I was losing my mind! I was about to check myself in to a psych hospital.

Then September 25th happened. I had just gotten back to New Orleans from a planned trip to West Virginia the prior weekend. I came to work. It was like any other morning. I had breakfast. Got everything setup. The owner came in around 11am to pick up something. I helped him carry it to his truck. Apparently, I came in and sat down after that and said something about not feeling right.

Then it happened. I had a full blown grand mal seizure. Next thing I remember is waking up in Tulane hospital hooked up to an EEG.

I learned that I had at least 7 seizures most of which were grand mal ones. I learnt that those things I was ignoring before this were small seizures happening. They ran all kinds of tests. Couldn’t really find anything. Asked if I was on drugs. I’ve been sober almost 9 years so the answer to that of course it was a big no!

Then they started looking for “zebras” that’s when we found the limbic encephalitis. I was like what the heck is that? I thought you got encephalitis from like a mosquito from West Nile or whatever, not like this. They put me on steroids right away. The doctor then ordered plasmapheresis for me. I did that for 5 days then had IVIg. I was in Tulane hospital from September 25th to October 10th. It definitely was the scariest time of my life. 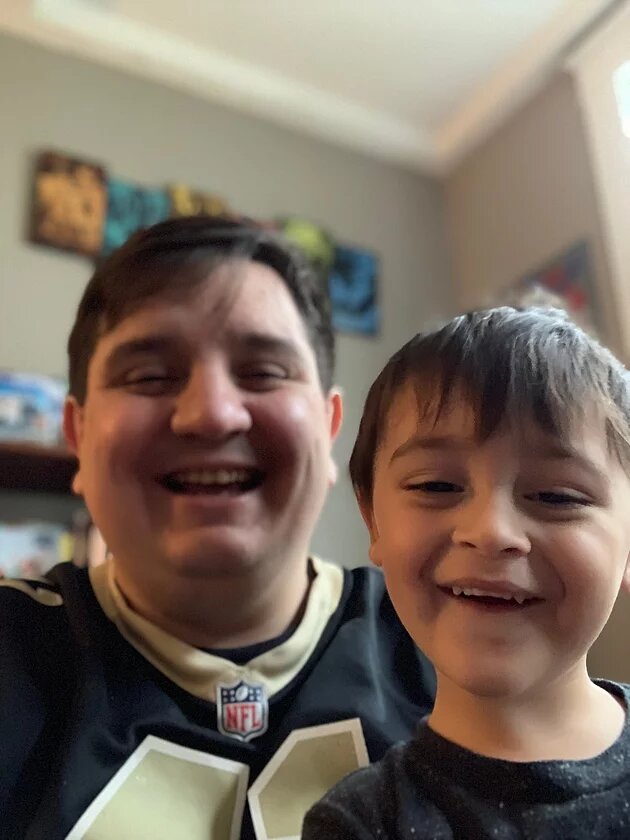 Since being out of the hospital life has definitely taken getting used to. Lots of things have changed for me. I can’t drive right now, so I must be dependent on others. Anytime something doesn’t feel right in my body I’m terrified I’m going to go back to the hospital. I still have days where I just don’t feel great and don’t want to get of bed. I’ve had to learn my brain is still recovering and that it’s going to take time to let it recover.

Thanks for reading my story, I hope that it helps someone.