The Turbulent History of an anti-NMDAr Encephalitis Warrior 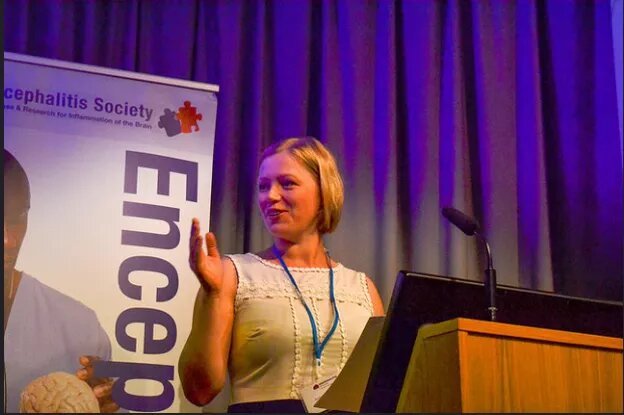 From: My Broken Reflections by Sarah Galloway August 2018

“The very in recovery. The swell to well. I am elated to be back to my normalish ways and wanted to celebrate with you all. Even after the darkest time, the weight has lightened, and I find myself in a good space. A wide space where I can work freelance from home. Where I can run and not be broken by it. Where I can walk and not grow faint. So much was lost in April. After 3 months on a psychiatric ward, a lot of which was spent in utter confusion and isolation, I am freed. I am unburdened and amazed again by the support and unconditional love of friends and family and in the church. So onwards we go! I am so thankful and so encouraged by how sharp a corner I have turned. Let it continue! Thanks guys. You make me strong.”

It was in the months before Sarah Galloway was due to start her final year at university when she started to suffer a suspected psychotic episode. Smashing windows, self-harming and shaving her own hair, the 22-year-old student in the U.K. had to be sectioned despite the best efforts of her supportive family. Sarah was quickly diagnosed by doctors with bipolar disorder and prescribed psychiatric medication, but a later blood test revealed a different diagnosis: anti-NMDAr encephalitis.

“I started getting suspicious thoughts my boyfriend was lying to me, and I thought I was pregnant. I cut my hair off, I started being aggressive and breaking things and self-harming. During the episodes it is like I’m in a dream. I will be self-harming and wake up halfway through with no idea what’s going on, and that’s the most worrying part as it could claim my life.”

In December 2016, Sarah made this 12-minute documentary called “Butterfly Brain”. which accompanies Sarah during her last month of possible treatment for a antibody mediated psychosis/anti-NMDAr autoimmune encephalitis. If the treatment isn’t successful the video reports, her future is uncertain, if it is successful she can look forward to a promising road to recovery.

Regular plasma exchanges to replace Sarah’s antibodies allowed her to complete her master’s degree in chemistry at Oxford University. But she suffered a relapse and had to spend 10 months recovering in a Newcastle hospital.

Despite this turmoil and shortly after being home with her parents, Sarah, then 26 years old, was a guest speaker in celebration of World Encephalitis Day 2017 where she told her story in order to raise awareness for autoimmune encephalitis. Shortly after the event, Sarah was interviewed by The Chronical which contains a video interview with Sarah and her Mother, Heather Galloway a former General Practitioner.

At the time of that interview, despite all of her symptoms, Sarah believed the worst part of her condition was the uncertainty it brings.  “I don’t know what’s going to happen day to day. The future at the moment is just blank for me and I don’t really like that.”, she said. 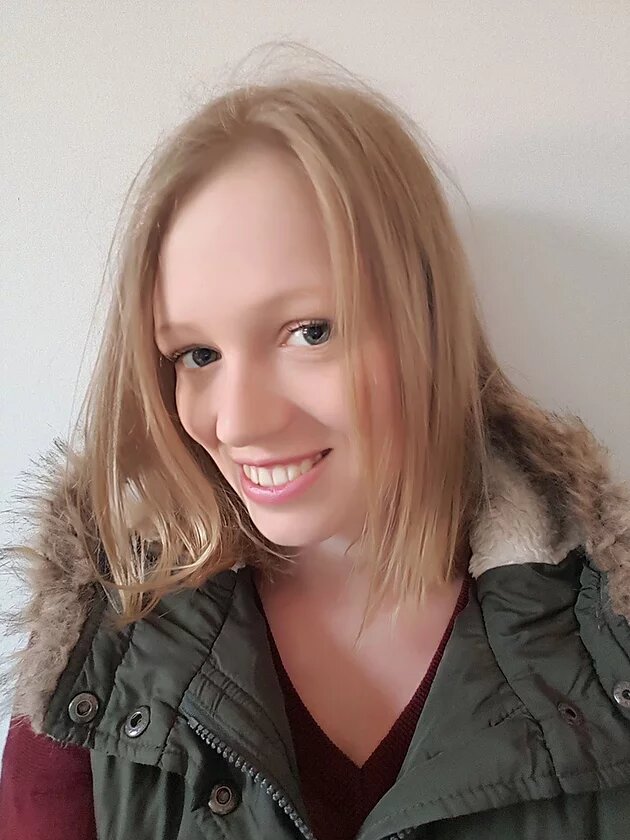 On December 9th, 2017 Sarah wrote this poem about her journey and relationship with autoimmune encephalitis.

I am not a fighter
It is not a win or lose
I am a boat lost at sea
That looks for a lighthouse
I am beaten and bruised
There is no choice for flight
But only the choice to carry on
I may be overcome
But I have a voice
And a song
I do not wrestle
As though I had the strength
But I am strong
And I settle
To be swayed and bent
I may break
But that’s okay
I don’t have to see
The light in every day
When they are so dark
I am not a fighter
But so far I have survived
On a journey
I was not prepared to embark
And I am so thankful
For the blessing
Of being beaten
Stark
But alive. 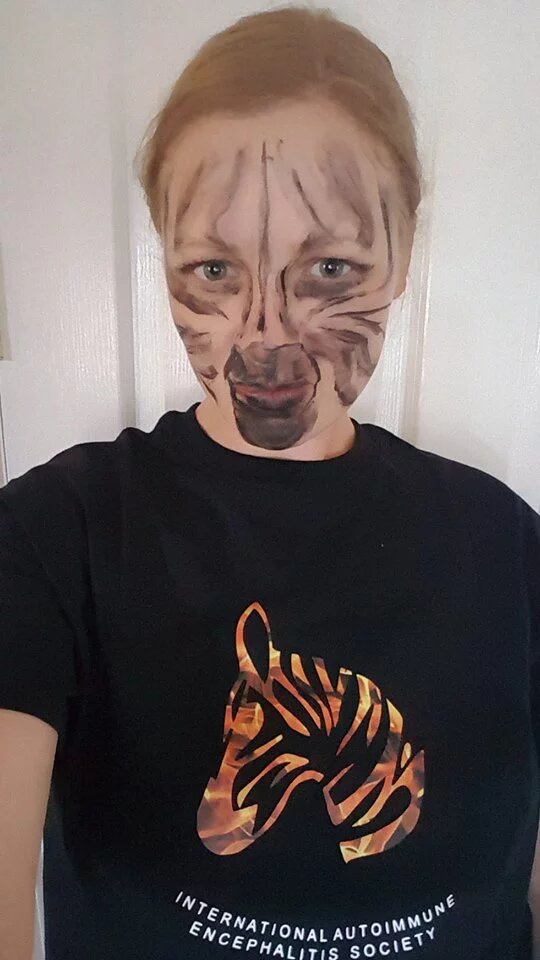 Sarah is an ambassador for International Autoimmune Encephalitis Society and active member in our educational support forum.  She frequently shares her experiences to give others support and encouragement on their AE Journey.  Below is a real time account of the relapse Sarah experienced earlier this year.  Although she had had her story published in the paper shortly after presenting for World Encephalitis Day 2017, had completed a documentary of her journey in late 2016 keeping her story and diagnosis in the public arena.  She still found herself victim not just to anti-NMDAr autoimmune encephalitis, but to the lack of awareness in the medical community.  Never has a patient with a confirmed diagnosis who put herself clearly in the public square to raise awareness for this disease had to suffer so much due to lack of education in the medical community.

On or about April 1st, 2018 (the date is unclear as she cannot remember, Sarah was sanctioned (legally committed) for what would be a three-month period.

“I hate this illness… Five years down the line and due to a delay in my immunotherapy I have had a severe relapse and ended up on a sanction in a psychiatric ward. Fun times.”, she wrote IAES.”

“Hello! I think an admission was unavoidable, but we are putting in a complaint as the consultant ignored the encephalitis diagnosis and the wishes of my parents. I’ve been here two months which has been rather traumatizing in itself. Basically, my rituximab referral got lost so I was a month overdue, we’d been trying a new mood stabilizer, but it clearly didn’t work and then I had 3 incredibly stressful life events all in one week. Instead of removing my new drug and then putting the ones I had to be stable with the doctor went off on a mission and instead tried increasing the quetiapine (which destabilized me even more and I kept ending up in isolation as I was highly aggressive) and then got rid of all my usual PRN for anxiety and tried high dose of olanzapine which just made me a zombie for a month. The complication in my case is that I’m technically under the oxford neuro team and my neurologist in Newcastle hasn’t felt qualified to be taking charge so I get passed around the myriad of consultants that I have. Also, I actually get my treatment through rheumatology and have gone through a lot of the options out there. I also currently live in a brain injury unit but have been working towards getting carer / flat. They have been slow to take me back as they aren’t medical staff and were probably freaked out by the extreme behavior that was being reported from the ward. Fortunately, a few weeks ago my consultant changed and although they do keep trying to diagnose me with a mood disorder they listened to our wishes and after a steroid infusion I’m back on the up for now.”

Two months ago, I was a wild animal, destroying everything in my path. I beat myself black and blue in isolation, gave myself concussion and ended up at A and E twice with swollen fists, having to be carried back by security kicking and screaming.

Now I am finally back on the right medication I am making amazing progress by the day. The last two months have been traumatizing but now I feel better than ever. My biggest fear in April was that the recovery would be the same as the initial episode but thanks to all the intervention of my neuropsychic and the fierce advocacy of my family we are on the mends in record time.

This illness is vile, but every day of recovery is a worthy day and even in relapse the benefits are not always lost. Never give up hope. Remind yourself of your achievements and don’t put life on hold! Live in the joy of surviving not the fear of being overcome.”

No two cases will have the same outcome, with some able to return to their former lifestyle while others can require residential care for the rest of their lives. Anti-NMDAr encephalitis has a myriad of symptoms.

Anti-NMDAr encephalitis and how it presents:

70% of patients experience a viral-like prodrome including lethargy, headache, upper respiratory symptoms, nausea, diarrhea, myalgias, and fever. These symptoms occur an average of 5 days (no more than 2 weeks) prior to onset of behavioral changes Psychiatric manifestations are broad and varied. Because of the frequent absence of neurologic symptoms at the beginning, patients are often first seen by a psychiatrist. Psychotic symptoms predominate, including delusional thought content, perceptual disturbances, and disorganized thoughts and behaviors. Specifically, patients usually exhibit anxiety/fear and agitation, along with paranoid ideation, mood lability, and bizarre behaviors with personality change. Many patients can become combative and aggressive and have blunted affect. While psychotic symptoms are common in adults, pediatric patients often have manic symptoms such as irritability and behavioral outbursts, sleep dysfunction, hyperactivity, and hypersexuality.

In addition to behavioral changes, cognitive deterioration and abnormal speech often develop. Short-term memory deficits and confusion are common as are difficulties in normal activities of daily living. Patients of all ages frequently experience progressive decline in speech and language, including echolalia, perseveration, mumbling, and mutism. These alterations in speech often persist throughout other stages of the disease.

Early psychiatric changes are followed by more global alterations in consciousness and decreased responsiveness, sometimes progressing to a catatonic-like state with mutism and eyes open, while other times demonstrating increased agitation. This stage is accompanied by abnormal movements, such as orofacial dyskinesias, dystonic posturing, and choreic-like movements of limbs, as well as autonomic instability (hyperthermia, tachy- or bradycardia, hypo- or hypertension). In children, abnormal movements are often part of the presenting picture rather than occurring later in the disease process. Another common complication at this stage is hypoventilation, particularly in adults. Seizures are also a prominent feature of anti-NMDA receptor encephalitis.