When Your Brain is on Fire 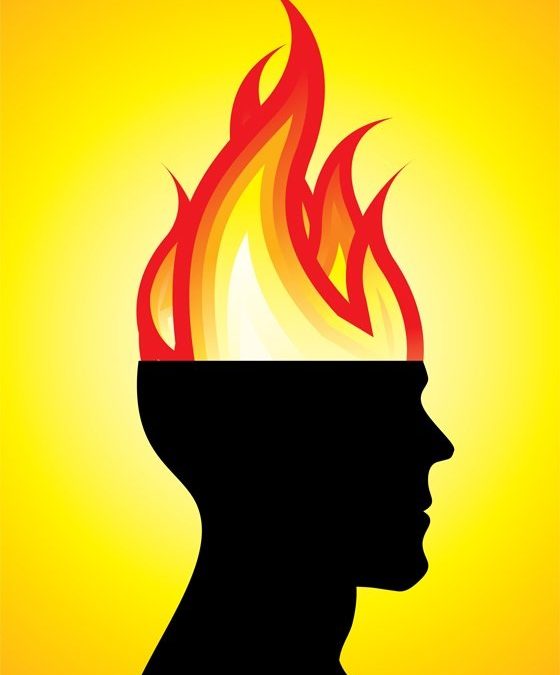 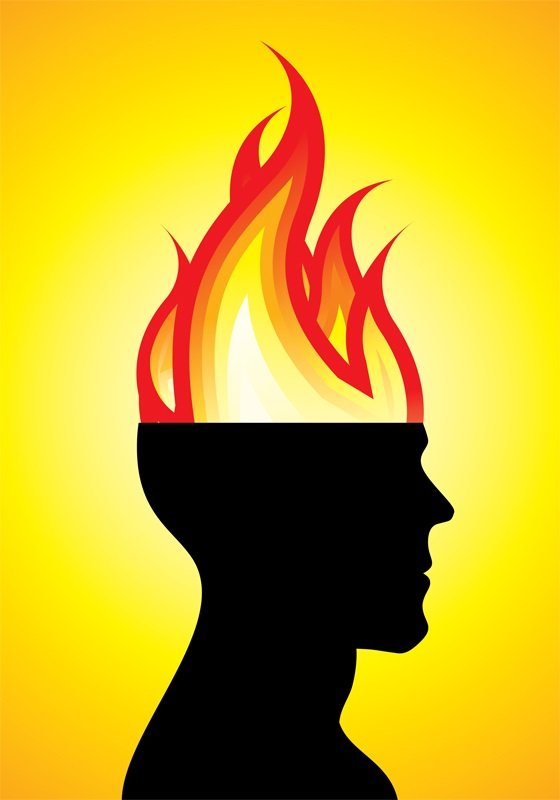 Imagine you’re a bright twenty-something with a new job and a new relationship.  Everything seems to be going your way until you start becoming paranoid and acting erratically.  Then come the hallucinations and seizures.  You’re admitted to a hospital where you’re (incorrectly) diagnosed with a psychiatric disorder.  You swing from violence into a state of immobility and stupor.  And perhaps even scarier?  You don’t remember any of it.  Sound like a nightmare?  Well, it actually happened to Susannah Calahan, who details her terrifying story first-hand in her 2012 book Brain on Fire: My Month of Madness.

What caused these frightening symptoms?  The answer was a disease that had only been discovered a few years earlier (right here at Penn!): NMDAR encephalitis.  There are four main phases of the disorder.  In the prodromal phase, many but not all patients experience a flu-like illness for up to 3 weeks.  The psychotic phase is accompanied by delusions, auditory and visual hallucinations, depression, paranoia, agitation, and insomnia.  At this stage, most patients are taken to the hospital, where around 40% are misdiagnosed as having a psychiatric disorder like schizophrenia.  As this phase progresses, seizures are very common (although they can occur at any time throughout the illness), as well as involuntary muscle movements like lip-smacking or grimacing, catatonia (muscular rigidity and mental stupor), impaired attention, and memory loss.  The next phase is unresponsiveness, which includes symptoms like the inability to speak, loss of voluntary movement, and sometimes abnormal muscle contractions that cause involuntary writhing movements.  The last phase is the hyperkinetic phase and is characterized by instability of involuntary bodily functions such as breathing, blood pressure, heartbeat, and temperature.  Many patients who breathe too slowly often need to be placed on a ventilator at this stage. The decline to ventilator support can progress very rapidly after several weeks in the psychotic stage, and ultimately patients can be hospitalized for several months with the disease1–3.

What does NMDAR encephalitis actually mean?  This disease is an autoimmune disorder, meaning the body’s immune system mistakenly attacks its own healthy cells.  Normally the body identifies foreign substances by making something called an antibody that recognizes a unique part of the invader, thus targeting it for attack and destruction.  In NMDA encephalitis though, the immune system attacks the brain (that’s where to term encephalitis comes from), specifically a type of neurotransmitter receptor called an NMDA receptor (NMDAR).  These receptors bind the neurotransmitter glutamate, and play an important role in learning, memory, cognition, and behavior.  In fact, the symptoms of NMDAR encephalitis resemble those caused by drugs such as ketamine or PCP that prevent the activation of NMDARs.  For instance, at low doses ketamine and PCP cause paranoia, false perceptions, and impaired attention (like the early stages of NMDAR encephalitis), and at higher doses these drugs cause psychosis, agitation, memory and motor disturbances, and eventually unresponsiveness, catatonia, and coma2.  Several mechanisms have been proposed to explain the symptoms caused by antibodies targeting the NMDAR, but most of the evidence seems to support the idea that the receptors get removed from the cell surface and internalized.  For instance, experiments in the laboratory demonstrate that when animal neurons grown in a dish are exposed to patients’ anti-NMDAR antibodies, the number of NMDARs on the cell surface decreases as the amount of antibodies increase.  When the antibodies are removed, the number of NMDAR receptors on the cell surface returns to baseline within 4 days1.

It’s easy to remove antibodies in a dish, but how do doctors get the body to stop producing antibodies against itself?  Step one is identifying what triggers antibody production in the first case.  Interestingly, NMDAR encephalitis predominantly affects women, and ovarian teratomas (a type of tumor made up of multiple types of tissues, which can include nervous system tissue) are responsible for 50% of cases in young women2.  In patients who have some sort of tumor, removal improves symptoms in 75% of cases.  Interestingly, herpes simplex virus can also cause encephalitis (inflammation of the brain), and about 20% of these patients also develop antibodies against NMDAR2.  Treatment consists of immunotherapy: corticosteroids, IV infusion of immunoglobulins, and/or plasma exchange1, however patients with a viral trigger tend to be less responsive to treatment than those with a teratoma trigger or the 50% of patients with an unknown trigger2.  Once treatments begin improvements in symptoms start within a few weeks, though return to baseline functioning can take up to three years.  Rehabilitation is required for many patients after they leave the hospital.  Deficits in attention, memory, and executive function may linger for years, but luckily over 75% of patients with the disease recover to at or near baseline neurological functioning1.

Doctors and scientists hope to develop new treatments involving immunotherapy combined with small molecules that are able to access the brain to directly combat the effects of anti-NMDAR antibodies, ideally leading to faster control of symptoms and shorter recovery time2.  A brand new animal model of the disease was just described last week that will hopefully lead to more discoveries about how the disease is triggered and potential new therapies4.  And with increased awareness of autoimmune disorders against the brain, doctors will be able to more quickly correctly diagnose patients with this illness and get them the treatment they need.