Why I Am So Thankful this Thanksgiving ~Sydni’s Story

I was asked to share my daughter’s story.  I’m not much of a writer, but I thought that I would give it a try.  Sydni is a 16 year old who dreams of being a paramedic.  She has always been the one that is willing to help and has such a compassionate heart, so no one that knows her is surprised by this.  She is the fourth of seven kids, 2 boys and 5 girls.  She was a full term, scheduled C-section with no complications.  She was the smallest of all 7 kids, but was healthy.  When she was 3, we noticed that sometimes, her pupils were different sizes.  Not just a little different, sometimes very different.  We took her to the pediatrician, and they referred us to a pediatric ophthalmologist.  He couldn’t find anything physically wrong, so he wanted to follow up in a few months to see if there were any changes.  A couple of weeks later, I was called home from work because she was saying that she couldn’t see.  By the time that I got home, she was able to see some, but not very well.  We took her back to the ophthalmologist that day.  He ordered CT scans of her head and abdomen.  When everything came back normal, he referred us to a neurologist.  When we saw the neurologist, he made me feel better about everything.  He assured us that everything was okay, “We see this all of the time, she will outgrow it”.

Fast forward a few months.  One night, Sydni started complaining that her chest was hurting.  When we went to the pediatrician, they said based on her history, let’s send her to a cardiologist. Again, “we see this all of the time, she will outgrow it”.  I felt a little better after hearing it this time, but not much.  Her diagnosis was Postural Orthostatic Tachycardia Syndrome, or POTS.  We were told that this usually isn’t seen until the early teens, but she would outgrow it.  Treatment was to increase water and salt intake.

After a few more months and several more trips to see Dr. Steve (our pediatrician) for a variety of things, he was able to give us a diagnosis.  Dysautonomia.  I have never heard of Dysautonomia!  Twelve years ago, there wasn’t much to be found about Dysautonomia.  I couldn’t find much about it on the internet, but I did find one website that had a lot of information.  It was the Dysautonomia Youth Network of America .  Of the 30+ symptoms that they list on the website, Sydni had all but a few.  It wasn’t a good diagnosis, but at least we found out what was going on.  For the most part, she learned how to deal with things on her own.  For example, she has thermoregulatory issues, so she struggles with maintaining her body temperature.  She doesn’t sweat to cool herself.  She learned to stop playing and find a cool place when she needed to.

Dr. Steve contacted Vanderbilt to try to get her into a study that they we doing.  Since this wasn’t usually seen until the teens, she was only 4, they said that she was too young and wouldn’t accept her.  She started seeing several specialists, and lots of visits to the pediatrician.  Dr. Steve is like family now!  Sydni has grown up learning how to live with her condition; it hasn’t held her back in too many ways.  Some days, it has been obvious how bad she was feeling, but she still managed to keep a smile on her face.

Fast forward again to Sunday, February 12, 2017.  The kids spend every other weekend with their Mom.  This was her weekend.  I picked them up from their Mom’s and took them home.  After getting the little guys to bed, Sydni and I went to the store (my oldest son and second oldest daughter were there).  After we left the grocery store, we went to Walmart.  Sydni needed some things for school.  As we were walking across the parking lot, she was telling me what she needed.  When we got inside, she looked at me and said, “Why are we here”?  I thought that she was teasing me, so I said, “You know why we are here”.  Her expression changed and she asked, “What did we come to get?”, and then she started crying.  That is when I knew she wasn’t teasing.  We left Walmart and headed for the hospital.  Home was between us and the hospital, so I called the older kids at home and told them to meet me in the driveway.  I talked to Sydni all of the way home and it was obvious that something was wrong.  When we got to the house, she didn’t recognize her siblings.  She was admitted when we got to the hospital.  After X-rays, CT Scans, an MRI, lumbar puncture and tons of blood work, it was determined that she had a conversion disorder and started seeing a Psychologist in house.

I had never heard that term, but I wasn’t convinced.  Her memory hadn’t returned and was much worse than we initially thought.  She couldn’t remember holidays, vacations, people, events, etc.  She spent a total of 5 days in the hospital.  A few days after discharge, I received a call from the neurologist’s office.  Some of the labs came back and he had a new diagnosis, Hashimoto’s Encephalopathy (HE).  One of my other daughters has Hashimoto’s Disease (hypothyroidism), so I’m thinking, okay, we can deal with this, take some thyroid medicine and she will be okay.  It turns out, I thought wrong.  The neurologist said that it is also referred to as steroid responsive encephalopathy and prescribed steroids.  Sixty mg of Prednisone.  Almost immediately, she started feeling better.   After being on the Prednisone for several days, her dose was tapered.  After only a couple of days at the lower dose, we were back at the hospital with the worse head pain that she has ever had.  She has been dealing with migraines since she was 4.  Sometimes these would keep her in bed for a day or so, but this was not like any other headache.  The pain radiated down the back of her neck.  After several rounds of the migraine cocktail, she was admitted.  She spent several days in the hospital, getting the pain under control.  By the time that she was finished with the Prednisone, she was back in the hospital.  This time, the pain was worse than the time before.  While she was in the hospital this time, the neurologist started her on 1,000 mg of solumedrol via IV.  She received infusions 3 days in a row while inpatient.  She was prescribed a 12 week course of infusions as an outpatient.  After only a couple of weeks, due to her immune system being suppressed from the steroids, she ended up admitted in the hospital with the flu.  This is how Sydni spent her summer.  In and out of the hospital, 13 times between February and September.

During the summer, she started having new and worsening symptoms. Each time that she was in the hospital, they had a more and more difficult time starting an IV.  One visit took 8 attempts.  One of her infusions had to be run between the index and middle fingers on her right hand.  Around July, she started having some joint issues.  Her hips would dislocate, then her shoulders would dislocate.  Now all of her joints, including her jaw will dislocate.  In August, she started throwing up almost daily.  In September, she had 2 seizures.  By August, there was nothing more that they could do for her head pain.  The last time that she was admitted to the hospital, she received 5 rounds of Propofol with no relief.  The next time that we went to the ER, they sent her home and said that there was nothing else that they could do to help her head pain.

By this time, Sydni was saying that she didn’t believe that it was HE.  She believed that it was Dysautonomia.  On our follow up visits with Dr. Steve, he agreed.

The neurologist gave her a referral to the Mayo Clinic in Rochester Minnesota.  After 2 full weeks, lots of doctors and labs, the HE was ruled out.  The answer was that this is “not of organic ideology”.  They recommended that I bring her to a 3 week outpatient program that they have for pain management.  By the time that we got back from Minnesota, Sydni had lost 30 pounds.  Dr. Steve was more convinced of the Dysautonomia.  He sent her to see a GI doctor to see why she couldn’t keep food down.  Another diagnosis, gastro paresis.

Sydni had continued to the psychologist through all of this.  She agreed that a pain management program would help and gave her a referral to the FIRST Program at Cincinnati Children’s Hospital.  When we went for her evaluation, we were there for several hours and met with several different doctors.  She was accepted into the FIRST Program and spent 4 weeks in patient at Cincinnati Children’s Hospital.  The program taught her how to live with the pain that she deals with daily. 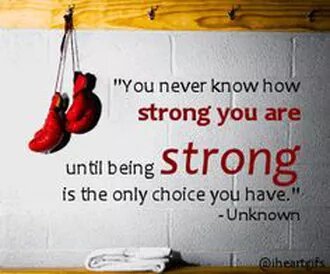 She still struggles a lot, but is returning to her old self.  She has now been diagnosed with several things.  I will try to list as many as I can remember:  Dysautonomia, Ehlers Danlos Syndrome, POTS, Vasomotor Instability, Chronic Pain, Chronic Fatigue, Amplified Musculoskeletal Pain Syndrome, Gastro Paresis,

Through all of this, Sydni still always has a smile on her face.  Even when she feels her worst, she is still the first one to help someone.  I am optimistic that she will continue to get stronger and will reach her goal of being a paramedic.  She did a lot of physical therapy at the FIRST Program and learned a lot of exercises to help with her joints.  She does them daily and is learning how to eat to help with the gastro paresis.  Sydni just turned 17 and has now returned to school (after not being able to attend for 19 months) and has started socializing with her friends again.  She is an amazing kid.  She inspires me every day.

~ I’d like to extend my thanks to International Autoimmune Encephalitis Society for the guidance and advocacy they gave me throughout this difficult year.  IAES has helped me more than they will ever know.   Based on what IAES has done for me, I am sure that there are countless others who would say the same thing.  Their passion for helping others is obvious. I don’t know what else I could ever say but thank you.  IAES is a hero to a lot of people!