You cannot get insurance 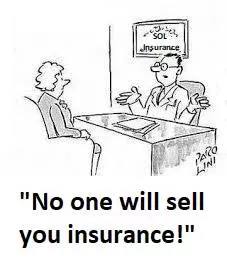 Most people know that there exists a mandate that says everyone has to have health insurance or they are fined by the IRS when they file taxes. But what happens when you have Autoimmune Encephalitis and no one will sell you medical insurance?  If you do not make enough to buy through the Exchange, then the story goes you are eligible for Medicaid.

So, with no income, that person must be eligible for Medicaid. Now Medicaid is a federal program written under federal statutes and they permit states to make some modifications and offer Medicaid through the state in which you reside. Well, this member resides in the state of South Carolina where the law makers of that state have not been very caring about people who are sick. In fact the member qualified for Medicaid based on their low income, but the state of South Carolina has another rule requiring a person age 55 have a child at home in addition to low income. I have to say, the member had no child living at home so was denied Medicaid.

So how does a person suffering with Autoimmune Encephalitis survive the disease when all insurance is refused and you have no income. She resides with a boyfriend who is a caregiver but still, she cannot get medical insurance. At the end of the year when she files her taxes, they will penalize her except there was no earned income to pay for any penalty.

She has the neurologist who diagnosed Autoimmune Encephalitis and he can write prescriptions. We know that low income people can apply to the program at Genentec so we suggest she have her doctor place her on Cellcept and get the prescription filled through Genentec, the maker of Cellcept.

While financial assistance can be used against the hospital, people with no insurance will not usually make it passed the emergency room unless there is an emergency requiring in patient care. So in this matter, The member was suggested she leave that state to one which will provide Medicaid based only on income and children not required to be living at home.

Genentec should be able to supply cellcept after her doctor writes the prescription. And in an emergency, she does not have to worry about the bill as long as her income stays low.

When you have a disease like Autoimmune Encephalitis, it is important that you know your insurance policy as well as your rights under the law to get treatment. Plan in advance and do not wait till an emergency happens before you look into things. Before you get any treatment, if you are unsure that your insurance will cover, ask the insurance to pre-approve the procedure so you have it in writing that they will cover.

Currently we are working with Mayo Rochester to get our members in earlier so they do not have to wait on lists for an appointment. We are also working with patient advocate organizations who gets insurance denials over turned. They tell us what we already knew, most denials are because of the wrong ICD 10 diagnostic code was used.  Remember, the code for Autoimmune Encephalitis is G04.81. Just as important is the doctor has the skills to articulate the G04.81 disease to the insurance in any appeal.

We hope this short paper provides valuable information to members that they will use to their advantage.